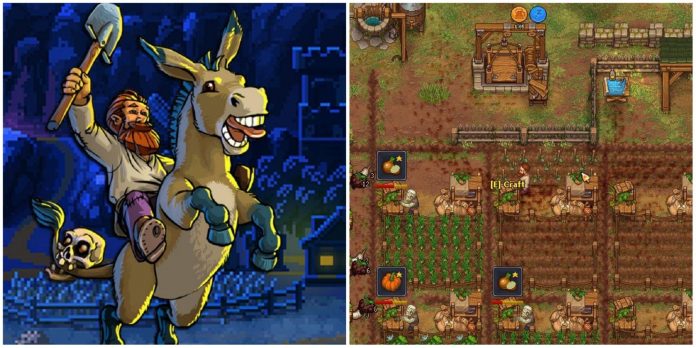 When Graveyard Keeper players don’t bury bodies in the ground and extract organs for their nefarious plans, they have no shortage of other activities — from cooking different quality food to fishing and transferring science to the medieval era. some great ways to pass the time when players are not dealing with strange townspeople.

One of the most important hobbies that players can engage in is farming. Although some crops can be bought from a farmer, others must be grown by the player himself. To get carrots attracting the donkey delivering corpses to the cemetery, the farm must be up and running as soon as possible. With that in mind, this guide will help new players unlock farming in Graveyard Keeper.

How to Unlock Farming in Graveyard Keeper

When players start a new Graveyard Keeper game, it is important to unlock agriculture as soon as possible so that the titular cemetery is not left unattended due to the lack of body delivery.

To begin the quest, which opens access to agriculture, players first need to check the garden bench in the lower right part of their estate, above the road leading to the city. They will find it destroyed, and an inspection of the wreckage gives the player a clue to talk to Horadrik.

A conversation with Horadrik, the owner of the local tavern “Dead Horse”, gives a new clue: Ask about the Garden to get a Garden certificate. This will also start a quest in which players talk to a Merchant, but his promotion is not required to start farming.

This certificate allows players to return to the garden bench and repair it, which opens the recipe for an empty garden bed.

A garden bench provides access to agriculture, but in order to plant seeds in the ground, an empty garden bed is required. To do this, players just need to place it anywhere on the farm, approach it and hold the button to prepare the soil for seeds.

Planting crops in Graveyard Keeper requires at least four seeds, and unlike similar games, they don’t need to be watered or cared for, which means players can just plant them and forget about them. After a few days, they will grow noticeably, and they can be harvested by holding down the button, getting a random amount of harvest and returning a few seeds. Players will also be rewarded with some crop waste that is used in some potion recipes.

When players become more advanced, they will discover:

Where are the Eternals in Phases 5 & 6? Explaining the...