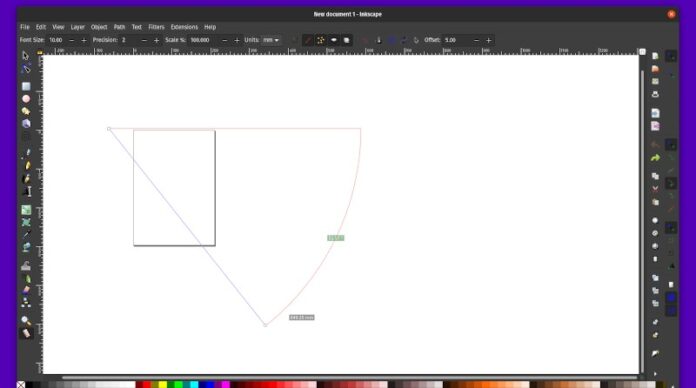 A graphic design program called Inkscape, launched 16 years ago and used by millions of consumers, has finally received stable version updates. The developers have released Inkscape’s 1.0-code update as of today.

With the development of computer technologies, the software industry has also gained great importance. Because various programs are needed to actively use computers. There are also softwares developed for some specific studies, which are sometimes actively used by millions of people.

Software developers are constantly updating the programs they designed. Because these updates not only make applications safer, they also bring new features and some fixes.

Serving for 16 years, the app received 1.0 update for the first time
The version codes created for the software have no rules. In other words, developer teams can use the codes they want for the programs they design. However, there is a version code that is important all over the world: 1.0. When any user sees any code on this and above, they understand that the application’s testing phase is over and is now offered as a stable version

An application called Inkscape was released about 16 years ago. Inkscape, created by a group of developers, is an open source and free graphic design and photo editing application. The application, which was released for Linux, Windows and macOS, has not been able to reach the version with some decision until today. The application, which was last updated at the beginning of 2019, was in “0.92.4” version. The update offered today makes Inkscape stable for the first time in 16 years. More precisely, it leads to the stable version.

The developers both keep the app free and offer dozens of additional support so that this app can appeal to more consumers. Thus, Inkscape will become much more popular in the future.

In the comments made by the developer team, it is stated that the first stable version of Inkscape comes with minor changes compared to the beta (!) Version. The most important of these changes is the file name extensions system of the applications. Consumers could easily use third-party extensions in previous periods. However, the new version does not currently support all third-party extensions. However, the developer team announced that this problem will disappear in the future.

If you want to access the first stable version of Inkscape, which has been released after 16 years, you can use the link here. It should be noted, however, that the version offered for macOS is not yet technically stable. The developer team will overcome this situation in the coming days.

Samsung Delivers On Promise And Starts Taking Ads Out Of Its...