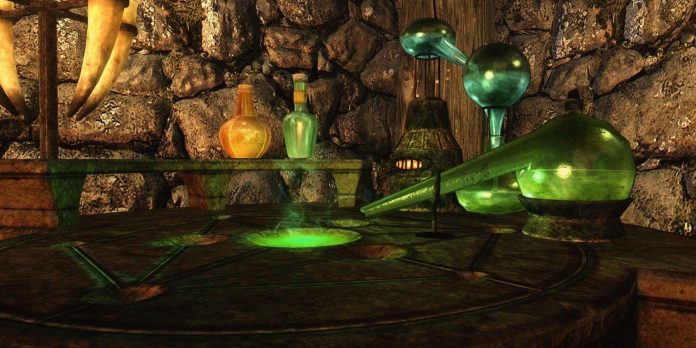 Since its launch more than a decade ago, The Elder Scrolls: Skyrim has firmly entered the gaming culture. Considering it’s been ported to almost all gaming systems— in addition to some weird versions like Alexa Skyrim —it has a way of reaching out to those who aren’t usually part of the gaming subculture.

EbenIsDaBomb redditor went to the site to share an image of his grandmother’s Skyrim table. The image shows a table completely covered with Skyrim-style items and collectibles, both official and not. In addition to the world map, a variety of crystals, candles, sculptures and incense are scattered everywhere. In the corner you can even see a reference to the iconic sweet rolls of the game.

Grandma showed me her “Skyrim Table”, I like how it’s progressing! from skyrim

The table is definitely impressive, it looks almost like a sorcerer’s table that jumped out of the game into the world. Fans are deeply impressed with both the table and the fact that another grandmother is a Skyrim fan. Despite the similarities, OP noted that his grandmother and Shirley are not the same. After the post received high praise, OP came back to share that their grandmother was very happy at the reception, and she even looked into her Reddit account to respond to some comments.

According to a Reddit user, his grandmother is over 70 and she loves the game world. Apparently, her husband had been playing games for twenty years or so, and she felt detached from talking about games, so they bought a console and a copy of Skyrim for her. The rest is history, as she is completely carried away by the game and is now immersed in conversations about Skyrim and its extensive knowledge with her grandson and husband.

Many in the comments wished that they had the same cool grandparents as EbenIsDaBomb, or at least those who were interested in their gaming hobby. The grandmother responded to the request to “adopt” her as her own grandmother, saying that she could never have too many grandchildren. While of course not all seniors play games, it seems to be becoming more common among some seniors, giving them something exciting and exciting from the comfort of their own home, and a new way to stay in touch with their family members.