Home Entertainment Grand Theft Auto: Trilogy — The launch of the Definitive Edition was... 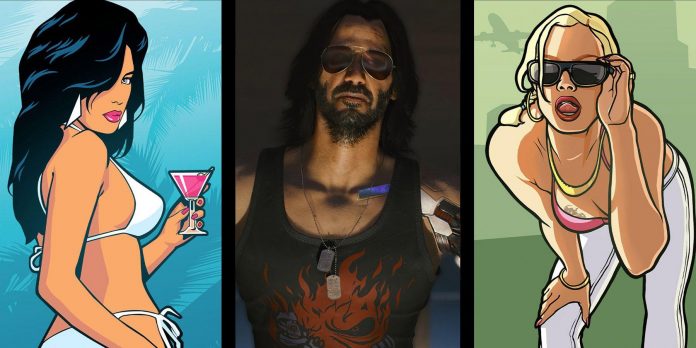 Video games don’t always have the smoothest launch. They can run into problems, from bugs breaking the game to substandard graphics, and the way developers handle these disastrous releases can either create or destroy the future of the game. Some, such as the extremely ambitious No Man’s Sky from Hello Games, may have a deliberately bad start, but thanks to the hard work of the developer, the fate and reputation of the title can be completely changed.

Others, such as Battlefield 5 from EA, are unable to recover from the blow they faced the first time. Due to criticism directed at the historical accuracy of the game, graphics and problems with the multiplayer game, Battlefield 5 has not been able to restore its player base. The Grand Theft Auto series from Rockstar Games may be extremely popular and influential in the world of video games, but even this did not save the ill-fated Grand Theft Auto: The Trilogy — The Definitive Edition. The compilation was an example of how the reception of the game can have long-term consequences and reputation problems. CD Projekt Red’s Cyberpunk 2077 may have had the same bad start, but it’s in a completely different position now.

The Troubles of Cyberpunk 2077

The expectation of an open-world role-playing game from CD Projekt Red was incredibly high. After it was first announced in 2012, the team went silent and reported almost no updates. Cyberpunk 2077 became more and more mythical and mysterious, until around 2018, the situation began to return. When the game finally launched in late 2020 after several delays, fans were very excited to finally get the chance to explore Night City. Unfortunately, Cyberpunk 2077 has become another game that has been buried under its own hype, and it would be very difficult to fulfill all the promises before launching, even if it wasn’t full of bugs.

Cyberpunk 2077 was clearly released before it was ready, and this led to a buggy game that failed to implement many of the things fans expected. For obvious reasons, there was a negative response, and many players abandoned the game even before it was released a month later. Despite the fact that in previous years CD Projekt Red earned a lot of favor thanks to extremely popular and critically acclaimed games such as The Witcher 3: Wild Hunt, it seemed that this could not save the developer from the inevitable negative reaction after the far from perfect Cyberpunk 2077. launch.

Problems with the launch of Grand Theft Auto: Trilogy

It seems that in recent years there has been a tendency for studios to release remakes and remasters of their favorite games between new releases. This is great news for some fans as it allows them to play their favorite games on newer and faster consoles. Others are not so interested and would prefer developers to focus on new IP addresses or entries in the series. However, remasters can bring in good revenue and bring much-needed updates to older games, such as BioWare’s 2021 Mass Effect Legendary Edition. But some fail to find the right balance between preserving what made the original games great and giving them the necessary polish.

The recent remaster of Rockstar Grand Theft Auto 3, Vice City and San Andreas as part of Grand Theft Auto: The Trilogy — The Definitive Edition turned out to be very controversial and may have caused significant damage to the legacy of the series. When the compilation and remaster were first announced, fans were excited, but when it finally came time to play it at the end of 2021, it seemed that their excitement was far from justified. The Definitive Edition was full of problems, from missing resources to bugs, and fans considered the so-called updated versions to be bad copies of the original games. It’s safe to say that gamers were more than a little disappointed, and since the bitter taste is still fresh, Rockstar may take some time to win their trust again.

And Cyberpunk 2077, and Grand Theft Auto: The Trilogy faced the same problem — their long-awaited launch did not take place, and as a result they faced criticism from fans and criticism. Interestingly, however, both games are now in very different positions. Despite the somewhat thorny path to recovery, Cyberpunk 2077 has largely conquered the players and is considered a truly enjoyable and exciting game. CD Projekt Red has been working hard to fix the launch bugs of the game, releasing patch after patch to try to raise Cyberpunk 2077 to the level that fans expected, and even higher. Cyberpunk 2077 has largely paid off in the eyes of many, and many players are looking forward to its upcoming DLC and future content.

On the contrary, Grand Theft Auto: The Trilogy still seems to be stuck in the quagmire of its own creation. It has not improved its position since the controversial release, and many players still feel cheated.