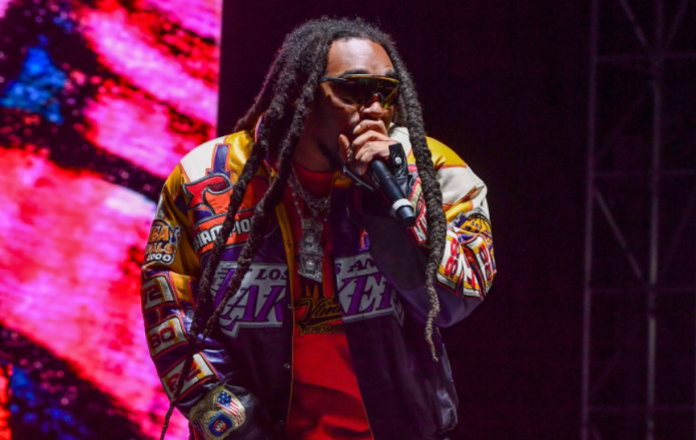 Grand Theft Auto players have come together to honor the memory of rapper Migos Takeoff with an in-game funeral after his death.

It has since been confirmed by a preliminary autopsy report that Takeoff died as a result of “penetrating gunshot wounds to the head and torso in the arms.”

After his death, people like Beyonce, Dave,Tyler, The Creator, 50 Cent and Rick Ross paid tribute to the rapper, and yesterday (November 7) the Grand Theft Auto Online community gathered together to honor the Takeoff with a procession. and the after party.

The invitation to the event reads: “Tonight we buried Takeoff. All fans welcome (generally) three locations. Everything is white in church, everything is black at a house party.”

Check out the images from the virtual event below:

Gamers paid tribute to Takeoff by hosting a funeral service for him on GTA RP#TakeOff #GTARP pic.twitter.com/9Vvg46yyBX

Takeoff’s funeral in the real world will take place this Friday (November 11), and Drake has rescheduled one of his shows so he can attend.

The Canadian artist was scheduled to give an intimate concert at the 1,500-seat Apollo Theater in Harlem, New York, on Friday as part of SiriusXM’s small stage series.

However, last night (November 7) on Instagram Stories Drake wrote: “The Apollo show has been postponed so that we can pay our respects to our dear friend this weekend. We’ve added a second date for fans.”

Drake praised the late artist during the opening of his radio show Table For One on SiriusXM last Thursday (November 3).

He talked about how he “formed a brotherhood” with Takeoff after participating in the remix of Migos’ 2013 debut single “Versace”. “I always say it was one family,” Drake added. “My friends in the music industry are not friends, but family.”

The Lord Of The Rings: A Delightful Development About The Game