Home Entertainment Grand Theft Auto 6 Leaks: Everything that has Happened so Far 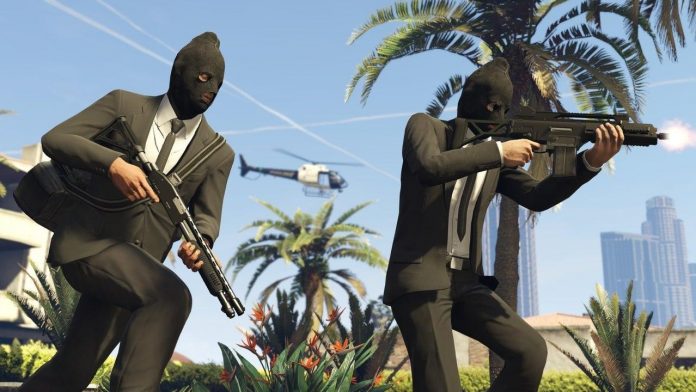 On Sunday, September 18, there was a large-scale and unprecedented leak of information about one of the most anticipated games of the decade. Dozens of video files related to Grand Theft Auto 6 have started appearing on the GTAForums fan forum, giving the world its first – extremely unintended —look at Rockstar’s next AAA game.

The leak caused a huge resonance, starting a discussion about leaks in the video game industry and how they affect every level of game development. Although the GTA 6 leak story will continue, here’s everything you need to know about the saga at the moment.

We will update this story with new developments.

GTA 6 is confirmed, but never shown

Rockstar officially announced the next Grand Theft Auto game on February 4, 2022 in a press release. “[We are] pleased to confirm that active development of the next installment of the Grand Theft Auto series is well underway,” Rockstar wrote earlier this year. “We look forward to sharing more as soon as we’re ready, so please stay tuned to Rockstar Newswire for official details.”

Before the announcement, Rockstar mainly discussed the continued success of Grand Theft Auto 5 and GTA Online, both of which were receiving next-generation updates. Despite the fact that the game is undoubtedly still popular, the ongoing advertising of the ten-year-old game has tired some fans, and the announcement of the next GTA game seemed long overdue.

However, due to the announcement from the press release without additional materials, it seemed that GTA 6 was still at an early stage of development. Rockstar’s parent company Take-Two Interactive and its CEO Strauss Zelnick said that more GTA 6 will be published in the “Rockstar schedule”.

This did not happen.

GTAForums is one of the most popular online forums for discussing everything related to Grand Theft Auto. On September 18, it unexpectedly became home to leaks from the game Grand Theft Auto 6, which is still in development. The leaks quickly spread to other social media sites such as Twitter and YouTube.

Various clips with unfinished assets demonstrate several elements of the game in development, including parts of the world, shootouts and NPC AI. The videos also seem to have confirmed some of the rumors about GTA 6 that were already spreading online, for example, about the existence of male and female protagonists.

The leak came from a user named “teapotuberhacker” who also claimed to be the same person who hacked the Uber app earlier this month.

“Here are 90 frames/clips from GTA 6,” they wrote. The hacker also shared what looks like various GTA 6 assets and code from the game.

Later that day, the leaked videos on multiple platforms were removed at the request of Take-Two Interactive. According to VGC, the removal requests came from people with Rockstar email addresses, which almost confirmed the legality of the leaks.

The next day, both GTAForums and GTA 6 subreddit deleted the branches with leaked content. Messages on both sites explained that they were complying with Take-Two’s request to remove all copyrighted material. The original GTAForums branch was later restored, although it was blocked for new comments, and all links to the stolen materials were removed.

Unexpectedly, Rockstar confirmed the veracity of the hack, which some had previously still advertised as a very carefully thought-out hoax.

“We recently experienced a network intrusion during which an unauthorized third party illegally accessed and downloaded confidential information from our systems, including early development footage for the next Grand Theft Auto.”

Rockstar also assured fans that, despite extensive leaks, the studio does not expect any disruptions or “long-term impact on the development” of its current projects. Work on the next Grand Theft Auto game will also “continue as planned.”

The FBI is involved

Given the extensive nature of the hacks, as well as the fact that the victims are reportedly not one, but two large companies, the FBI has joined the investigation of the hacks.

Uber published a blog stating that it was working with the FBI and the US Department of Justice to investigate recent data leaks, and mentioned that their hacker is also suspected of involvement in the Rockstar hack. Uber said it believes the hacker or hackers are linked to a group known as Lapsus$, which has carried out similar attacks on companies such as Nvidia, Microsoft and Samsung.

“We believe that this attacker (or attackers) is connected to a hacker group called Lapsus$, which has become increasingly active over the past year or so.” Uber cites similar methods used by a hacker group in large technology companies as the reasons for its suspicions.

To continue growing: PlayStation would be preparing the purchase of more...

BlizzCon 2021: see the best moments of the fair