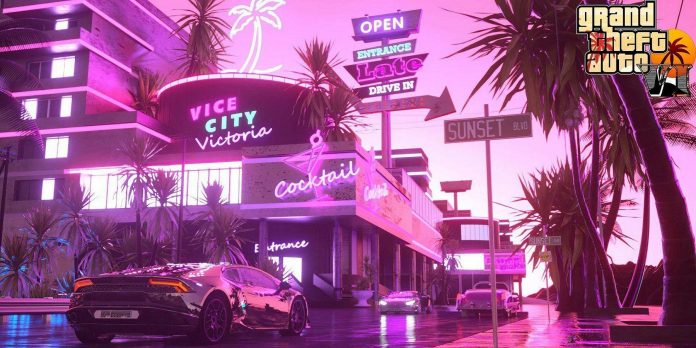 Even before Rockstar announced that the game was in development, fans were looking forward to the release of Grand Theft Auto 6, although it’s probably still a good couple of years away. Since the fifth part of the long-running series is one of the highest-grossing video games of the last decade, many will undoubtedly wonder how the studio can surpass GTA 5. Rumors and leaks are pouring in streams of rumors and leaks. the gaming sphere, and one of these pieces of information suggests that there will be some news soon.

This is stated in the Dexerto report, which quotes a GTAForums message from an industry insider Tez2. Apparently, Rockstar could have made some kind of announcement about Grand Theft Auto 6, and all this could be related to a mysterious screenshot. The insider says there is a “high chance” that the developer may come up with something on October 23, shortly before Halloween.

For those who don’t remember, last year fans noticed what they suspected was a screenshot of Grand Theft Auto 6 hidden in GTA Trilogy. It shows a photo of an unknown house, next to which you can see a UFO hovering nearby. It is not known if this is related to the upcoming game, but this did not stop fans from trying to solve the mystery. Interestingly, the image was found in Lil’ Probe’Inn, a UFO-style bar in San Andreas.

According to Tez2, UFOs may appear in GTA Online, which will lead to Rockstar mentioning these alien spaceships in a Twitter post. It has been suggested that this post on social media may contain a hint about when fans can expect the announcement of GTA 6. Tez2 gives an example of a photo, possibly mentioning “tropical storms in two days”, which is the expected date of the announcement.

Tez2 is well known for leaking a lot of information about GTA games. For example, in early January, they suggested that Rockstar would announce its next game in 2022. Indeed, the following month it was officially announced that Grand Theft Auto 6 was in development. Of course, this does not mean that this new information will come true, so it is better to refrain from making judgments for now. Having said that, it’s worth keeping an eye on this alleged UFO development in GTA Online, which could lead to a GTA 6 teaser.

There were also rumors that Grand Theft Auto 6 was supposed to be much more ambitious, but apparently it was cut back a bit. It is currently believed that the game may be a reinterpretation of Vice City, as it was in the 2002 game of the same name, and may also have a main character inclined to a story inspired by Bonnie and Clyde. However, at the moment these are only rumors.

Naruto: ranking of all relationships (how long they lasted)