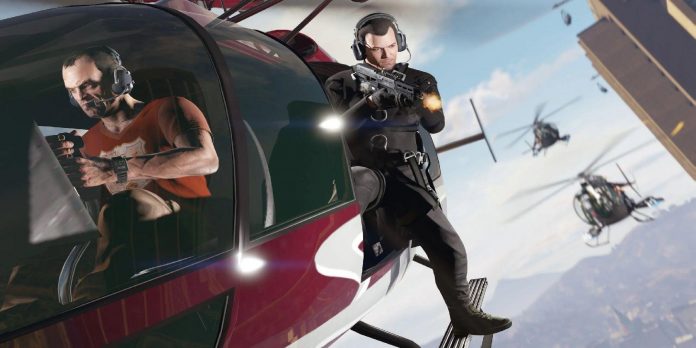 First released in 2013 for Xbox 360 and PS3, Grand Theft Auto 5 has since seen the light of day in several versions released in the nearly ten years since it was available. Although some gamers have not spent time on the streets of Los Santos for years, this does not mean that the popularity of Grand Theft Auto 5 has faded. Anyway, it seems that the game turned out to be one of the biggest juggernauts in the industry in terms of sales, which is once again confirmed by the latest figures obtained from Take-Two’s financial report.

Revealing information about the publisher’s finances, it also became known that more than 170 million copies of Grand Theft Auto 5 have been sold to date. While this still doesn’t knock Minecraft off the top spot in the ranking of the best-selling video games of all time, it solidifies GTA 5 as an incredibly popular game. This also means that sales increased by another five million in the last fiscal quarter, which is probably due to the release of the next-generation Grand Theft Auto 5 for the PS5 and Xbox Series X/S.

Of course, most of the sales of Grand Theft Auto 5 occurred shortly after its release, but the constantly selling millions of copies prove that the game has retained its popularity. Thanks to Grand Theft Auto Online, gamers have many reasons why they would like to purchase GTA 5 even years after its first launch. Updates such as the Contract expansion for Grand Theft Auto Online give players constant excuses to return to Los Santos and save up the money needed to buy their own luxury apartment or yacht.

Since the release date of Grand Theft Auto 6 is currently also unknown, it is likely that fans will have to settle for riots in San Andreas for at least another couple of years. However, judging by the sales figures, it seems that many players are still happy with what Grand Theft Auto 5 offers. As GTA 5 continues to demonstrate its dominance in the gaming industry, many are wondering whether Grand Theft Auto 6 will be able to meet the expectations placed on its predecessor. Take-Two CEO Strauss Zelnick seems to think so, as he recently stated that GTA 6 will set new creative benchmarks for the series, games and entertainment.