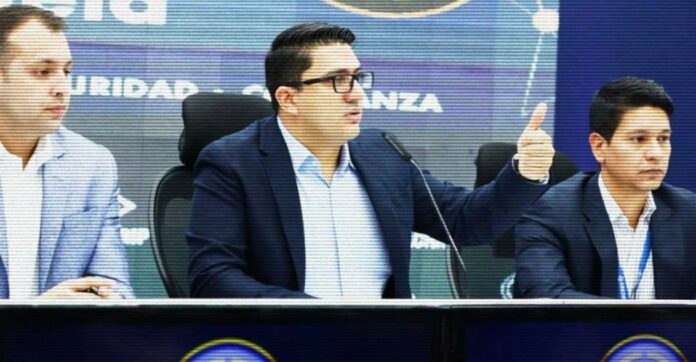 Venezuela’s oil-based crypto money Joeslit Ramirez, who is responsible for Petro’s administration in the country, is sought by the US government for money laundering and other crimes.

The name of Venezuela’s cryptocurrency agency is now sought by the United States. The U.S. Immigration Bureau, which is part of the U.S. Homeland Security Agency, has released a newsletter today that Joselit Ramirez has entered the “list of most wanted fugitives”. Ramirez is head of the National Crypto-assets Institution in his country, Venezuela.

The Immigration Office claims that Ramirez has deep political, economic and social relationships with drug barons. The US government, on the other hand, announced that the person who will make him catch the Ramirez, whom he accused of “money laundering and piercing US bans”, will be awarded $ 5 million. It is also noteworthy that the search bulletin was the same day that the Venezuelan government accepted Petro crypto money, which was included in the prohibitions in the purchase of gasoline. As you may remember, Venezuela bought gasoline from Iran last week and pierced the US sanctions.

Since 2018, at the beginning of crypto

Ramirez has been president of the Crypto Money Bureau in his country since 2018. The person who performed this task before Ramirez was Carlos Vargas, who was in the opposition ranks and later started working with President Nicolas Maduro and was on duty during the creation of Petro.

According to the statement made by the Immigration Office, to 33-year-old Ramirez; A lawsuit was filed by the New York South District Court for the International Emergency Economic Forces Act, the Narcotics Act, and the crimes that the U.S. Department of Treasury imposed to control foreign assets.

See Also
Selcoin: We Will See a Huge Rise in Crypto Money

As will be remembered earlier this year, the US government announced that Ramriez was examined due to his relations with the “corrupt” Venezuelan authorities. The US then awarded $ 15 million for the capture of Venezuelan president Maduro, and $ 10 million for people with high profile politicians such as Cliver Alcala, Diosdado Cabello, Hugo Carvajal, and Tareck el Aisammi. Among these people, Ramirez was also named, but there was no reward for him.

In the morning, Venezuelan journalist Marbellis Linares shared a photo of Ramirez’s office. Ramirez, who was not affected by the statements from the USA, did not answer the questions asked about the subject.