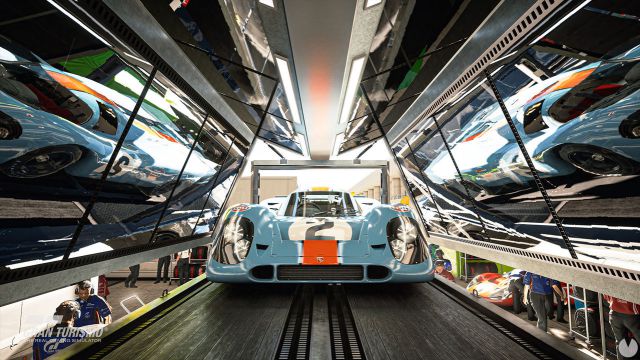 Gran Turismo 7: The Polyphony Digital title is now available worldwide for PS4 and PS5 consoles. This is how the new installment of the series has evolved graphically. Gran Turismo 7 has debuted on PS5 and PS4 making it clear that it is a technological wonder, with improvements in lighting, vehicle physics and the recreation of all kinds of atmospheric situations with changing weather. Apart from its control at the wheel, which is what we liked the most, there are obvious improvements compared to Gran Turismo Sport (2017, PS4), the installment immediately prior to this, with which it shares numerous assets and designs of both circuits and vehicles. In this video we can see how Polyphony Digital has evolved the technical performance of the seventh numbered episode.

The video is signed by El Analista de Bits, who in footage with the same vehicle and layout puts the 2017 video game for PS4 face to face with this new appointment with the Kazunori Yamauchi series in its PS5 version.

From the general lighting of the environments, the skies or the drawing distance, Gran Turismo 7 has more detail on the screen thanks to the processing power of PlayStation 5. The detail of the stands is also striking, how the light impacts on the chassis of the cars or the rain, one of the most surprising points of GT7. In the close view we can also appreciate much more realism; for example, in the recreation of wheels or interiors.

Gran Turismo 7 is now available in physical and digital format for PS4 and PS5 consoles. After dedicating more than 40 hours to it, we can conclude by saying that it is one of the best driving games of the last fifteen years, a worthy successor to the best Gran Turismo installments and a true must-have for motor lovers. You can read our analysis here.

The Best Hydro Characters to Create in Genshin Impact