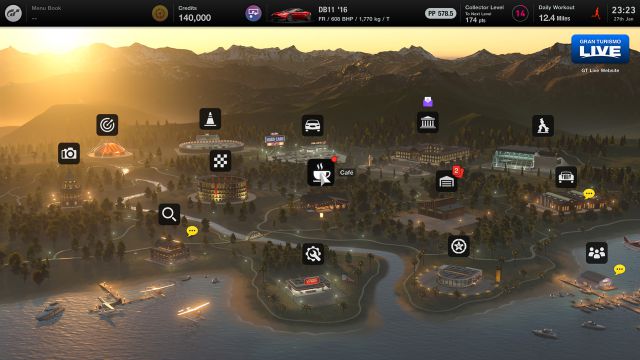 Gran Turismo 7: Polyphony Digital brings together the best of all the installments in one total title, a technological wonder that is both a great museum and a delight to drive. Gran Turismo 7 welcomes you with a sequence that reviews a century of motoring and society history. How have we got here and what role has the automotive industry played in industrial progress, or how cars went from being a tool suitable only for a privileged few to becoming an everyday element. From the pianos with black and white photographs to the rock and roll of the Moon Over the Castle theme with all kinds of vehicles on mythical circuits of the protagonist saga. History of the motor, but also of Gran Turismo. A long presentation with a welcome flavor and, at the same time, as if this were the last time. A tribute that is nothing but a preview of what awaits us: the Gran Turismo that we have been waiting for so many years.

Gran Turismo is back: so new, so familiar

The first hours with Gran Turismo 7 are special. First, because you realize that Polyphony Digital has taken note of the demands of the fans during this long last decade. The jump to high definition with Gran Turismo 5 allowed the series led by Kazunori Yamauchi to take steps forward in many aspects; positive and negative lessons from which he has learned this numbered seventh episode, determined to make you feel comfortable from the first minute. It is an author video game.

When dozens of hours go by and you notice that mental state arrives in which you feel absorbed by the experience, that you are there and dominate each curve at will, what in psychology they call “flow” or “the zone”, you realize that that the Japanese studio has once again achieved what is so difficult, what raised the name of the series to the highest in the generations of PlayStation and PlayStation 2 with the second and fourth episodes. Luckily, this title will satisfy not only motor lovers in general and Gran Turismo in particular, but also those who thought that this name was too intimidating, too much of a simulator. The reality is that Gran Turismo 7 is extremely realistic in many things, too conservative in others and, within its imperfection, accessible without giving up its traditional depth.

We have never felt a Gran Turismo so comfortable at the controls, so optimized and sensitive to the movement of the joystick. It is a matter of sensations, of course. You perceive a lot from GT Sport, from which it inherits models, interface and scenarios; but also that turning cadence from previous episodes. A sum of factors that make Gran Turismo 7 pure driving pleasure. Challenge overcome in one of the fundamental aspects of any driving video game.