Home Entertainment Gran Turismo 7: Polyphony Confirms How They Will Use Ray Tracing On... 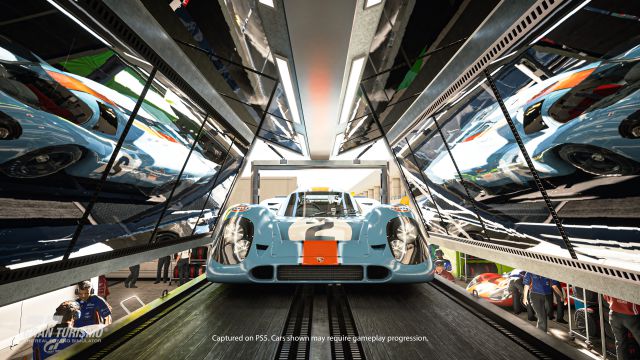 Gran Turismo 7: Polyphony Digital confirms ray tracing will be limited to replays, photo mode and cutscenes; not during races. Gran Turismo 7 for PS5 will offer Ray Tracing only in modes such as replays, cutscenes, in the garage and photo mode; not so during races. Like Playground Games with Forza Horizon 5, both titles will offer the option to play in dynamic 4K resolution at 60 FPS, but ray tracing will be restricted for these specific, more contemplative modes.

Polyphony Digital, in the voice of its director, Kazunori Yamauchi, has confirmed the information during an interview with Game Watch, although he makes it clear that it is a decision “for the moment”, so the doors are open for the situation to change in the future. There is an example in which things have certainly changed, such as Ratchet & Clank: A separate dimension, which after its launch was updated to offer a 60 FPS mode with Ray Tracing in exchange for significantly reducing the resolution. We do not know if Gran Turismo 7 will have something similar.

In other interviews, the Japanese study has explained that the game will require permanent Internet to avoid cheating and that the games are not modified with external programs.

Gran Turismo 7 says goodbye to loading times on PS5: “about a second”

His goal with this title has been “to look back on the history of Gran Turismo when working on PS5 and bring all the heritage and great things we had in the past to the present.”

Gran Turismo 7 will arrive on PS5 and PS4 in physical and digital format on March 4, 2022.

James Gunn shared a new photo from a deleted scene from...