Home Entertainment Gran Turismo 7: its director will continue to work on the saga... 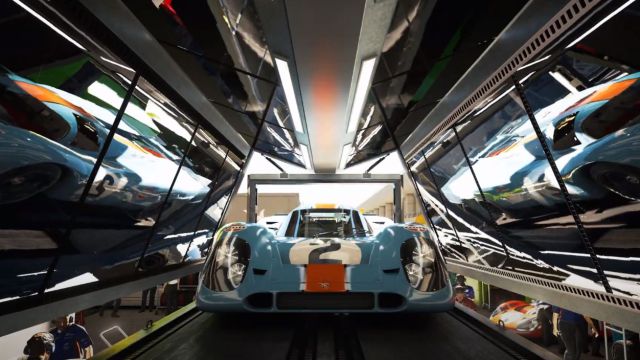 Gran Turismo 7:Kazunori Yamauchi, father of the Polyphony saga, makes it clear that this will not be his last work with Gran Turismo; he acknowledges that he wants to try something else.Kazunori Yamauchi, head of Gran Turismo and founder of Polyphony Digital, has expressed in an interview his willingness to continue developing installments of the saga after the premiere in 2022 of Gran Turismo 7. Although he would like to try “something different”, his Thirst to find the ultimate car simulator formula won’t end with this long-awaited numbered seventh episode.

The interview, published on the KPMG blog and collected by colleagues at GT Planet, does not delve into what we can expect from Gran Turismo 7, which has been silent since its announcement last 2020, but rather into the creative ambition of an inevitable personality when the Gran Turismo saga is mentioned. “I intend to continue with Gran Turismo in the future,” he comments. The creative hopes to be able to expand the saga to the world of electronic sports – as GT Sport has already done with official international competitions – and to have a role in the motorsports industry, from which it has always tried to inherit the technological avant-garde in its video games. In the interview he mentions his interest in the arrival of autonomous vehicles or 5G. But “at the same time, I would also like to be able to do something different.”

In the past, Polyphony Digital worked on works such as Tourist Trophy (2006, PS2) of motorcycling, or Motor Toon Grand Prix (1994-97, PlayStation).

“I think that one of the missions of videogames is to carry out digital twins where to connect the real world with the digital one”, he maintains, again, in his ambition to get closer to the maximum realism in his experiences.

One of the goals of the Kazunori Yamauchi team is for Gran Turismo 7 to recover the essence of the classic deliveries, from Gran Turismo 1 to Gran Turismo 4, the latter generally considered as the culmination of the saga under these conceptual parameters of “Car RPG ”Where we have to initially buy second-hand vehicles due to financial incapacity, get licenses, improve and participate in competitions of increasing importance in all types of automobile categories.

From Gran Turismo 7 we know that the classic GT mode will return, inheriting the benefits of the GT Sport online infrastructure and will take advantage of the functionalities of the DualSense controller. Apparently, there will be no version for PS4: it will be a video game only for the new generation. Sony has confirmed that we can enjoy it at 4K resolution with HDR and 60 FPS on PlayStation 5.

Gran Turismo 7 will be released sometime in 2022 exclusively on PS5.

What if The Witcher was in The Lord of the Rings?...

Black Boxes In Horizon Forbidden West: Where To Find Them All