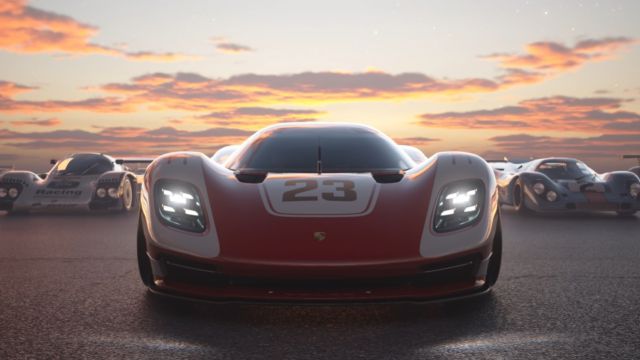 Gran Turismo 7: The sports car brand’s vehicles will once again return to the Polyphony Digital saga after their premiere on Gran Turismo Sport. Polyphony Digital continues to work on the development of Gran Turismo 7, a video game that will finally be released in early 2022 and that will offer numerous incentives for fans of driving. One of them is the return of Porsche cars, a first glimpse that we have already been able to taste thanks to the impressive trailer that the vehicle brand has posted on its YouTube channel. You can see it in this same news.

“It’s time to buckle up,” they say in the video description. “The legendary Gran Turismo returns on March 4, 2022.” Porsche anticipates that players will be able to enjoy a “huge selection” of the brand’s cars, including the 917K or the 917 Living Legend. After a few years as an Electronic Arts exclusivity, Porsche first came to Gran Turismo in GT Sport, the PlayStation 4 title.

“Today we are excited to confirm that Porsche will make its first appearance in Gran Turismo when Gran Turismo Sport launches this year,” they explained in an official statement published in 2017.

Why is there a permanent connection in GT 7?

One of the news that has spread like wildfire is that Gran Turismo 7 will require a permanent Internet connection in almost all its game modes, including single-player modes. In an interview with Eurogamer, Kazunori Yamauchi himself pointed out that this decision has been taken to prevent the action of the trampocos. According to the creative, they feared that some people would dedicate themselves to modifying saved games.

Gran Turismo 7 was initially announced as a PlayStation 5 exclusive, but like Horizon Forbidden West or God of War: Ragnarok, Sony has finally decided that users of the previous generation machine can enjoy it too.

The Classic Master of Magic Returns With New Starship Troopers or...