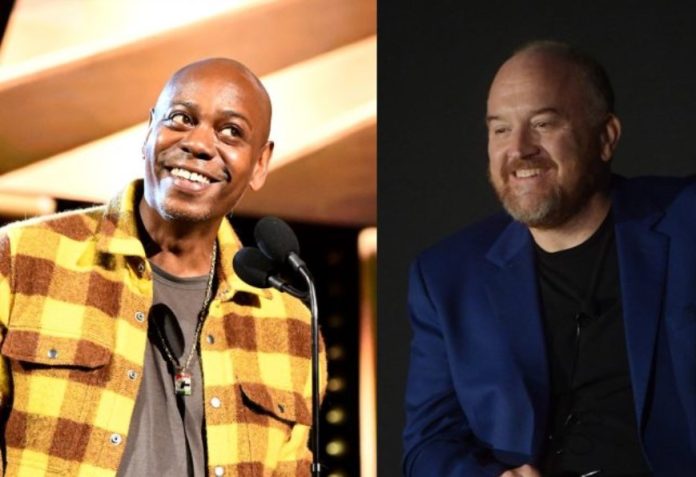 “If there’s someone that’s been nominated that we don’t necessarily agree with, we’re not going to remove a nomination”

Grammy nods as Louis C.K. and Dave Chappelle caused controversy as the full list of nominees was released yesterday, prompting a response from The Recording Academy CEO Harvey Mason Jr.

Louis C.K. is nominated for Best Comedy Album for his latest album, “Sorry,” an award he received earlier this year using a platform to address sexual harassment allegations made against him in 2017.

Chappelle, meanwhile, is in the same category for the audio release of “The Closer,” which proved controversial due to the comedian’s comments about transgender issues.

In a new interview with The Hollywood Reporter, Mason said that the organization does not “control who the voters vote for,” but instead focused on the event itself.

“If the voters think that the creator deserves the nomination, they will vote for him,” he said. “What we can control is to make sure that people attending our events feel safe. If there is someone who has been nominated, which we don’t necessarily agree with, we’re not going to withdraw the nomination.”

The 54-year-old actor, known for his previous writing and producing work with artists such as Michael Jackson, Aretha Franklin, Britney Spears and others, said ethical concerns about the nominated artists were not taken into account in the process.

“We are never going to engage in determining someone’s moral position or where we rate them on the moral scale. I think our job is to evaluate art and the quality of art,” Mason added.

“We can make sure that all our spaces are safe and people don’t feel threatened by anyone. But as for nominations or awards, we really let the voters make that decision.”

Chappelle has been in the news again this week after his Saturday night live monologue last weekend (November 12) was accused of “popularizing” anti-Semitism.

The comedian began his participation in the show by joking about the anti-Semitic statements of Kanye West and Kyrie Irving, saying that the former had to apologize to “buy himself some time.”

“I see if you have some kind of problem, you can go to Hollywood and start connecting some lines, and you may be able to accept the illusion that Jews run show business. It’s not crazy to think, but it’s stupid to speak out loud in this climate.”

His comments drew criticism on social media: Adam Feldman of Time Out New York tweeted that they “probably did more to normalize anti-Semitism than anything Kanye said.”