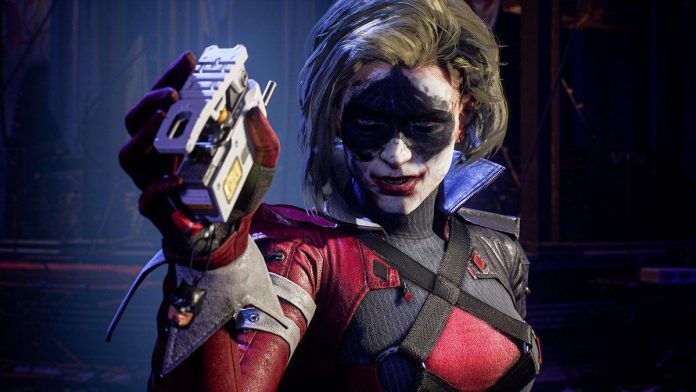 Earlier this week, we found out that Harley Quinn will be the main villain of Gotham Knights, and now we have a part of the boss battle against her.

Harley is part of one of the arches of Gotham Knights villains, entire quest lines centered around the actions of a supervillain that run parallel to the main storyline. Harley’s version from Warner Bros. Games Montreal has passed the stages of the Joker and the Suicide Squad and is now going to become the main criminal on its own terms.

As for the context of the boss battle itself, we asked game director Jeff Ellenor to explain it for us.:

“Right before you start the battle with Harley’s boss, which takes place at the Gotham Hospital, up to this point you’ve been stalking Harley—you’ve been trying to figure out what she’s up to… But, of course, this is Harley Quinn and she are not plotting anything good in Gotham, and “living your best life” in this case means committing murderous and cruel acts.

“Right before the boss battle started, you finally figured out which part of the hospital she’s in, and you’re going to tell Harley everything she’s been doing.”

You can see 7 minutes of this follow-up fight in the video above, and to find out more, we showed as part of IGN First, watch the first 16 minutes of gameplay, showing 28 different superhero costumes, take a look at Mr. Freeze. and his chosen gang, as well as a summary of how this new version of Gotham City was built.

The villagers of Animal Crossing deserve their own spin-offs most of...