Home Entertainment Gotham Knights: The construction of a brand new Gotham City (with a... 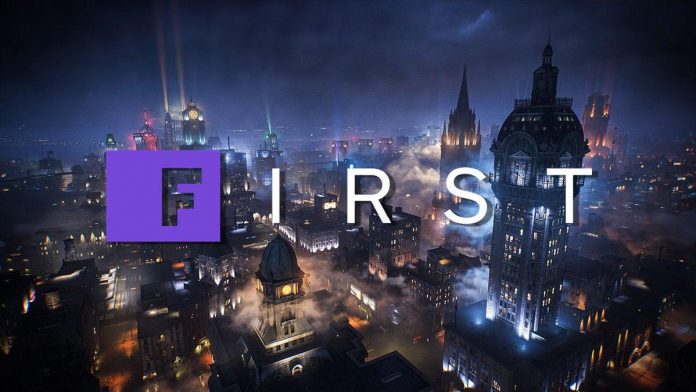 In the 1650s, five families left Europe, eventually landing on the rain-drenched islands that adorn the mouth of what will one day be called the Gotham River. These families—the Waynes, Cobblepots, Elliots, Arkhams and Kanes—together will build a colonial fort and sow the seeds of centuries-old domination in the area. Gotham City was born.

The city quickly expanded beyond its original boundaries, forming five districts, and one of these five founding families took root in each of them. In the early days, the Kanes settled in Gotham’s natural harbor (now known as Historic Gotham), connecting the family with the military might of their new country by building ships and military weapons. By the 1850s, Gotham had become a major trading center, aided by the Cobblepot industrialists and their smoking steel mills on the Southside.

Gotham continued to transform over time— in the 1920s, the Elliots mastered the latest 20th century controls, the media, and built downtown Gotham in a new Art Deco style. By the 1960s, Gotham had really turned into a patchwork of industry and architecture – the Arkhams settled in North Gotham, building their famous shelter (yes, it’s in the game, and no, it’s not like you’ve seen it before) next to the leafy University. Meanwhile, the Waynes have invested their billions in the New Gotham, helping the city move into a new technological era.

What takes us back to the present day, and Gotham, which you will explore as Batman’s protégé in Gotham Knights, is an open world steeped in history, neon light and friendly shadow. Warner Bros. Games Montreal created this centuries-old story early in production; a brand new timeline for a brand new version of Gotham City.

And this is not just a show-off. The timeline informs about everything: from the plot to the gameplay and the biggest mystery of the game — the conspiracy of the Court of Owls. The team didn’t just build an open world for the game — it’s really trying to build a city.

The key to this view of Gotham is these five neighborhoods and the worldview of the families who have historically controlled them.

“For us, the five districts, it all started with families,” says Christopher McMahan, director of open world level design. “The families moved there, they built impressive buildings in these areas. Then we build around that so that the identity of these neighborhoods is really based on this family.”

As a result, Gotham changes dramatically depending on where you are in the city. Each district has a distinctive building, monuments to the founding families themselves, and each of these buildings communicates the history, architectural style and design of the levels around it. Wayne Tower is a modern skyscraper located among high—rise landscapes, ideal for watching crime from above and for observing it. On the other hand, Cobblepot Steel reports the industrial character of its neighborhood with squat buildings with flat roofs and tall chimneys. stacks.

In these areas, the team tries to tell stories without anyone saying them out loud:

“If you visit a city in real life, it’s hard for you to tell part of its story,” McMahon explains. “So, since we’re making a game, what we really want to do is kind of obviously reveal some of these things. So there are a lot of areas that are kind of stuck in time. Even such a banal thing as construction becomes interesting when the construction site is stopped, or abandoned and overgrown, or is a ruin. All this is more interesting for the player than just a modern city. Therefore, we tried to make many areas almost stuck in time, so that the player could really feel what was then and see how the city developed, not just reading history alone.”

In each district there is a branded building, monuments to the founding families themselves.”

The team has a historical and gameplay basis for each new environment. Take the Boiler Built in the Lower Gotham Cobblepots area:

“We’ve always wanted to tell a story about each neighborhood,” says Daniel Kvashnicha, Art Director for the Environment, “and there is one particular story that is not necessarily related to a family, but is the result of some projects that these families have undertaken. it was mining that took place in the riverbed. Therefore, they decided to fence off part of the water on both sides and deepen it for mining. So it had certain consequences for the environment around him. This will attract workers for mining. It was cheap housing. In fact, it was a slum.”

The history of the Cauldron is written on its walls, with dilapidated buildings and cramped, unplanned streets located in the shadow of the more prosperous neighborhoods around it.

Valheim has achieved another success