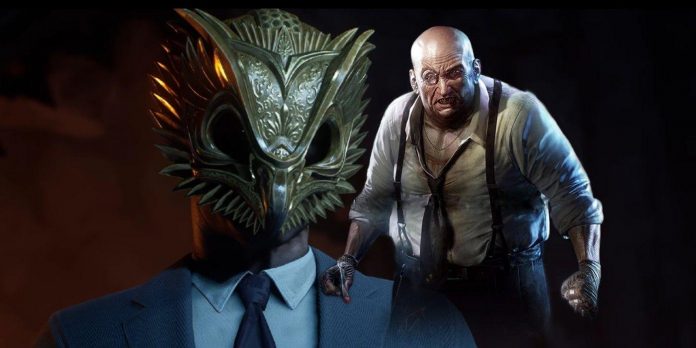 The newest Batman video game (which doesn’t feature Batman), Gotham Knights, is coming out later this year, and as usual, there has been rampant speculation about the cast of villains. The trailers tell surprisingly little about the newest round of opponents and mostly focus on demonstrating the style of play of each character, and this is not accidental. Although Warner Bros. Games have confirmed that this entry is separate from the Arkham series, it is still in the Batman universe, so their reluctance to reveal the most anticipated plot feature of the game is a bit surprising. However, the rejection of Warner Bros. Games to show your hand will make revealing the secret villain much more satisfying.

The premise of the upcoming game is radically different from previous Batman games, since Gotham Knights is a version of Gotham City, where both Batman and Commissioner Gordon are dead. Instead, the player controls Bruce’s various proteges trying to restore order in the absence of their mentor. The team of heroes includes Nightwing (Dick Grayson), Batgirl (Barbara Gordon), Robin (Tim Drake) and Red Hood (Jason Todd), all of whom have appeared in Arkham games in the past.

Warner Bros. Games revealed the main antagonist in the trailer, and since Batman’s enemies are relatively obscure, the Court of Owls is an excellent choice. The group is an organization of wealthy and influential Gotham residents who control the city’s politics behind the scenes and fulfill their whims with the help of an elite clique of assassins called the Claws. At least one Claw of the Court of Owls in Gotham Knights is shown in the story trailer with branded infrared glasses and armor, and although there may not be instantly recognizable villains in the ranks of the Court of Owls in Gotham Knights, a mysterious, Illuminati-like organization poses a very promising threat.

The Secret Cast of Gotham Knights Villains Is Good

It is confirmed that several more villains will appear, mainly Mr. Freeze and Penguin. Mr. Freeze seems to be playing the role of the villain and is involved in a fight with Batgirl. The Penguin, on the other hand, is shown only explaining the Court of Owls to Nightwing, suggesting that he can act as an ally of the main characters.

At the moment, it seems that WB Games can keep most of the line-up a secret, and this secret will certainly cause anticipation. The creative director teased Harley Quinn and the Riddler as possible villains at Comic-Con, but their roles are still ambiguous. However, he confirmed that the Joker will not be featured in Gotham Knights. Fans can only guess which iconic members of Batman’s Rogues gallery will make the list, but it looks like the only way to find out is to play the game.