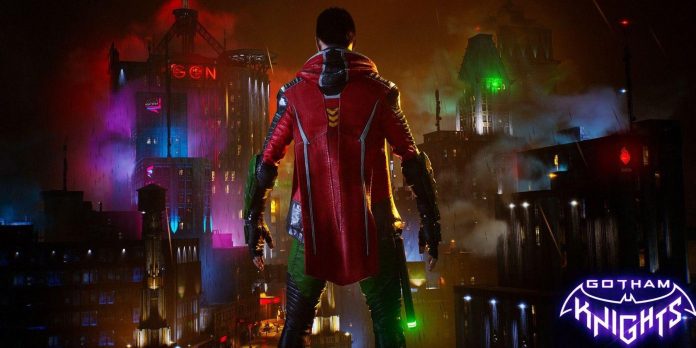 Gotham Knights is going to give fans a unique version of Gotham City, where its greatest defender is presumed dead. As a result, the defense of Gotham City fell into the hands of Batman’s protégé, the bat family. Of the four available characters that players will be able to control in Gotham Knights, Robin relies most on his intelligence and gadgets, which allows him to teleport from roof to roof and fend off enemies with his technologically advanced staff.

Tim Drake’s Robin has always been the Dark Knight’s smartest and most tech-savvy assistant, often combining the detective techniques Batman taught him with his understanding of technology. As a result, he has developed many different gadgets that can help in combat, often allowing him to remain hidden from opponents. In Gotham Knights, this side of Robin still breaks through as he steps out of Batman’s shadow in hopes of protecting Gotham City from the Court of Owls and all the villains Batman had under control.

Robin’s combat will revolve around using his staff to destroy groups of enemies, however, by combining hand-to-hand combat with the use of gadgets, Robin can stun or hide from his enemies to allow him to bring them out of the shadows. His staff seems to be filled with various technologies that allow you to deal different types of damage, which can be effective when playing with other players in co-op. This makes Robin one of the best characters to play with others, especially since his combat experience is based on training with Batman to work as a duo.

Since Robin relies heavily on stealth, his combat also seems to revolve around using his various gadgets to get back into the shadows rather than dealing damage to multiple opponents like Red Hood or Nightwing. Using teleport, which is his main method of movement, he can take a strategic position over the battlefield and destroy the enemy from the air. Finally, his staff can be used to protect him from bullets, and this will prove especially useful when fans are playing the game alone, as Robin does not jump around the battlefield like some other members of the bat family.

Being a technological genius, Robin was able to hack into the Justice League Watchtower systems to gain access to their teleport. This allows him to travel short distances and is extremely useful in Gotham City when he moves from one roof to another. Teleport is also a key element of Robin’s combat and can help him quickly destroy enemies before engaging in battle. Robin is also equipped with other tools that will help him on his journey through Gotham City, including a grappling hook that he will also be able to use in battle.

With the help of a hook and a teleporter, Robin will be able to move around the city faster than any other knight. Although everyone else has access to the hook, their primary means of transportation is likely to be much slower than Robin’s. However, it can be a double-edged sword, as it can be difficult for fans to teleport Robin to the exact location due to the speed at which he is moving. So while Robin may have the fastest movement in the game, speed may require players to practice enough before they can rely on it.

Tim Drake is not known for his fighting prowess; instead, he is known for using smart gadgets that often take him out of sight or out of dangerous situations. In Robin’s gameplay trailer, fans saw three gadgets designed exclusively for stealth: a slingshot that shoots a blinding flash of light, an explosive bait that can help him slip back into the shadows and confuse enemies, and a camouflage suit that allows him to become invisible. These gadgets may be the key to unlocking Robin’s full potential during the game and will probably prove to be the most frequently used items in his arsenal.

Robin’s slingshot is also his primary means of ranged attacks and can include several types of ammunition that will allow him to deal various types of damage. The slingshot will be especially important for his gameplay, as it is also one of the ways in which Robin can return to stealth, and if there are several types of ammunition in the game, it is ideal for playing together. With all his gadgets and weapons at his disposal, Robin is preparing to become one of the most enjoyable characters in Gotham Knights and a worthy successor to Batman himself.

With DC Comics moving away from Batman to Gotham Knights, everything is set for Robin to finally get the recognition he rightfully deserves. Thanks to his trusted staff and a huge number of gadgets and technologies, Robin is perfectly equipped to cope with the enemies that threaten the security of Gotham City.

Stranger Of Paradise: Final Fantasy Origin Releases A Demo With The...