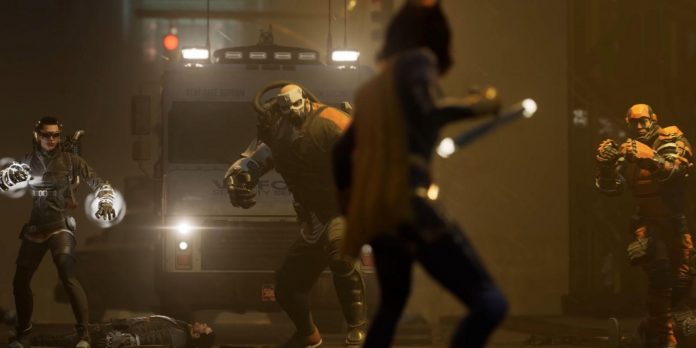 Gotham Knights’ appearance at Gamescom next week is exciting for fans, but it should bring with it a look at new content that has not been previously published. Gotham Knights has been completely shrouded in the marketing of Nightwing, Robin, Batgirl, and Red Hood, and that coverage is likely to continue for the next few months before its release. However, the presentation of the same content at Gamescom may seem disappointing due to the fact that most of it has already been shown.

Instead, Gotham Knights needs to finally tell fans about one or more villains they will face. If Gotham City with the open world of Gotham Knights is really the biggest, then its streets, neighborhoods and neighborhoods are bound to be oversaturated with villains. Only Mr. Freeze and the Court of Owls have been shown as legitimate antagonists that players will fight, while the Penguin also appears, but seems less antagonistic and plays a more revealing role. Gamescom would be the perfect venue to introduce new villains, and Gotham Knights has already teased one in particular that could be introduced.

Gotham Knights can feature any number of villains, and it’s almost impossible to guess which ones will enter the game. Mr. Freeze of Gotham Knights, represented by a villain who apparently has no remorse for his actions, suggests that in this canon, the cryogenic scientist has never reached a place of solace or peace regarding his wife Nora’s condition.

In fact, any character who appears as a villain in Gotham Knights will have some sort of long-standing connection to Batman that apparently hasn’t been suppressed. Presumably, there will be many characters who have been imprisoned after encountering Batman or the bat family, holding a grudge against them and waiting for an opportunity to strike back in Batman’s absence.

Gotham Knights has been incredibly meticulous about the gameplay it has shared so far, and while the faction gangs have been revealed, they are dressed in a way that their aesthetics clearly don’t spoil who they work for. It has already been reported that Regulators are working for Mr. Freeze, but it is unclear who any other gangs in Gotham Knights may be working for.

Looking back at the rogues gallery from Batman mythology, Gotham Knights may have a lot more surprises up its sleeve with an interpretive and original canon. For example, Dr. Kirk Langstrom appeared in the first 16 minutes of Gotham Knights gameplay, so it is quite possible that he can be found as a Bat.

There is one antagonist who was teased by WB Games Montreal, and it is likely that he will appear in Gotham Knights as a result. Gotham Knights allegedly avoid including the Joker, which is a stroke of luck due to how influential the character is, but the possible inclusion of his former criminologist psychologist is almost guaranteed. After it has not been confirmed or denied whether Harley Quinn will be in Gotham Knights, it seems that WB Games Montreal has a great opportunity to show her at Gamescom. Harley is an incredibly popular antagonist, and if she really is a part of Gotham Knights, she will appear in many modern DC games, including the Arkhamverse tetralogy.

Gamescom may introduce Harley by talking about her specific storyline and possibly a battle with one of her bosses. Harley is sure to be supported by the faction gang, and their aesthetics can mimic her own diamond-patterned harlequin costumes. If Harley is not announced at Gamescom, Gotham Knights should still consider announcing another villain to start opening doors for new content to be shared from the game.

Gotham Knights is scheduled for release on October 25, 2022 for PC, PS5 and Xbox Series X/S.