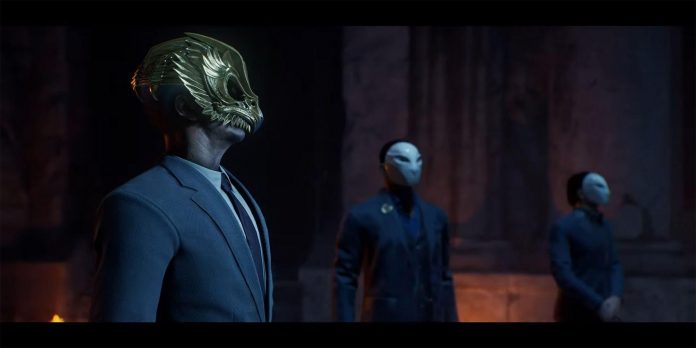 The new Gotham Knights image showcases the Court of Owls, a secret society that rules Gotham from the shadows. The mysterious organization is presented as the main antagonist in Gotham Knights, which is expected to be difficult for the bat family to cope with.

Gotham Knights is teasing the expansion of the Court of Owls storyline on Twitter with a new promotional image that shows members of the secret society as well as their deadly killers, known as Claws. Little is known about the Court of Owls, but it can be interpreted that the various masks worn by the figures in the image are associated with a hierarchical position in society itself. The background of the image shows what could be a cave, presumably a hidden base, with claws climbing over rock formations.

The development studio is known for Batman Arkham Origins, which was a prequel to the Rocksteady Batman Arkham games. At the time of release, it was met with mixed reviews, but is now mostly regarded as an important addition to the Arkham universe. The events that follow the secret ending of Batman Arkham Knight are similar to the premise of Gotham Knights, although WB Games Montreal has stated that its new game is not related to the Batman Arkham games.

The Gotham Knights story trailer shows how the bat family is engaged in detective work to solve the mystery and uncover the truth about Gotham, while simultaneously figuring out what could have led to Batman’s death. This investigation leads them to a Penguin who hints at the danger level of the Court of Owls, an enemy who is always watching.