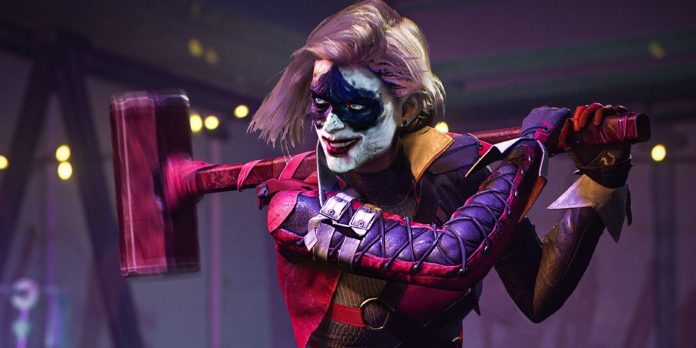 The premiere of Gamescom 2022 was accompanied by all sorts of unexpected announcements during the long-awaited live broadcast, starting with Sony introducing DuelSense Edge on Playstation 5, showing the sequel Moving Out and even a completely new look at the Legacy of Hogwarts. Gotham Knights is one of the most anticipated games of the fall of 2022, and it also entered the category of games in which a fresh new trailer debuted.

The Gotham Knights “Official Villains” trailer from August 23 gave fans a brief overview of who exactly Batman’s protege will face, in addition to the mysterious Court of Owls, which has already been confirmed from previous gameplay footage. This new trailer lasts over 2 minutes and 30 seconds and should keep fans excited about the October 21 release date.

The new trailer from WB Games Montreal is completely filled with fresh content for fans to analyze. Because these scenes focus on villains, the game is completely immersed in the darkness that most people find intriguing in Batman games, especially in popular past games such as Batman: Arkham Knight and Batman: Arkham Asylum. Every villain seen or mentioned in the Gotham Knights trailer is likely to get a fair amount of screen time, as well as their own motivations as to why they are so eager to make Gotham their own.

Harley Quinn, well known as one of the Joker’s girlfriends, turned out to be one of the main villains in Gotham Knights during the debut of the new trailer at Gamescom. This contrasts with her more recent portrayals of anti-heroes in recent media, as seen in James Gunn’s Suicide Squad and the upcoming Suicide Squad: Kill the Justice League, where she is one of the playable characters.

The scenes with Harley were quite short, but at one point she was fighting Batgirl in front of a live audience while simultaneously calling for reinforcements. Harley is also seen potentially escaping from her prison cell, where she growls to someone off-camera, “Behave yourself,” while retreating from the camera. This shot is then followed by a prison riot, which Nightwing seems to be trying to control in the courtyard of Arkham Asylum.

Clayface, a shape-shifting monster made of a plastic substance similar to clay, has also been confirmed as one of the main antagonists of the game, which could bring many potential encounters, since he played an extremely important role in previous Batman games such as Arkham City. It was already suspected that the supervillain appears in Gotham Knights because of the footage in which the Red Hood controls the Bat Cycle near a building called Daggett Enterprises, which in most comics belongs to Matt Hagen before he became a Clay Face.

This eerily dressed villain wears a pig face instead of a mask and is usually depicted as a crooked surgeon in most comics. Professor Pig, or Lazlo Valentine, didn’t attract as much attention as villains like Harley Quinn, the Joker, or the Riddler in Batman games, but he managed to earn himself a side quest in Arkham Knight, which was called “The Perfect Crime.” .”Professor Paig has never starred in Batman movies, but he was in the already canceled Fox series “Gotham.” Now that Lazlo Valentine appears in the world of Gotham Knights, it will be interesting to see how the perverted motives of the villain manifest themselves in this world.

The Penguin, also known as Oswald Cobblepot, was already confirmed for Gotham Knights before the game went gold thanks to his own official trailer, which was released in October 2021. During the villain’s trailer, after about a minute and 27 seconds, a photo of Oswald is visible. hanging on the bulletin board when Jason Todd pierces the paper with a knife. However, apart from this, most of the footage was devoted to new faces.

While Mr. Freeze has already been confirmed by previous trailers, the ice villain’s backstory is tragically sad. As a rule, the former cryogenic scientist is not trying to kill Batman or other vigilantes, but rather is looking for a way to save his dying wife Nora Frice. One game trailer in Gotham Knights boasts an impressive boss battle for a supervillain, although some worried that these storylines unrelated to the Court of Owls would seem less important and eventually undermine the positions of “side” villains.

Coupon and Court of Owls

Talon is a deadly killer that most fans have already expected to see, as he is almost always directly connected to the storylines of the Owl Trial. Notably, one of his most notable media appearances is in the animated film Batman vs. Robin, in which Damian Wayne donned the mantle of Robin rather than Dick Grayson, Jason Todd, Stephanie Brown or Tim Drake. Talon seems a little more upset than in the animated version, as evidenced by the bird squeals he makes during the fight.

The best Pokemon to catch as soon as possible in Pokemon...