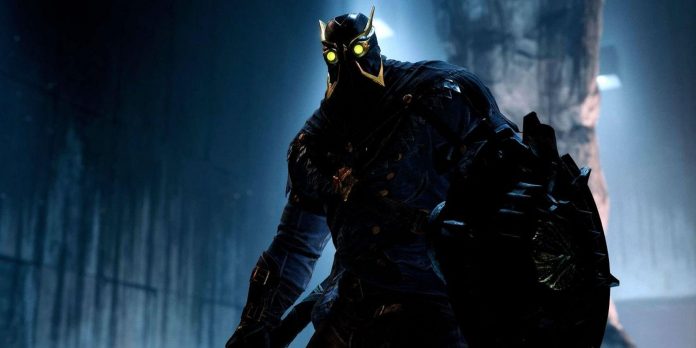 Gotham Knights are now fully engaged in their late-stage marketing efforts. By releasing its latest gameplay walkthrough with Nightwing and Red Hood, Gotham Knights has also announced its next-generation exclusivity and pre-order bonuses that come with every edition available to players.

The gameplay in the open world of Gotham Knights has been briefly reviewed, and it may take some time before fans see more villains or plot events. However, WB Games Montreal earlier this month released a video with a review of the characters, which, in particular, tells about Nightwing. This spotlight lasted a minute and a half, and Nightwing’s narration gave context to his character’s motivation, and the clip cinematically represented the fight and the character’s makeup. Now Gotham Knights have announced which game character they will cover next.

In a short teaser that highlights the insignia of the Gotham Knights game protagonists, Robin appears last and stays in focus the longest. The teaser, which was posted on Twitter, also contains a headline announcing that the spotlight will be released tomorrow at 6:00 Pacific time, and a smiley face with a green heart, which means and confirms that Robin will receive the next spotlight. Robin’s Spotlight is likely to be similar to Nightwing, with narration from the character on top of the gameplay and combat with unique cosmetics.

It’s hard to determine if there’s a specific timeline that Gotham Knights have planned for the release of these reviews, but it will be less than three weeks between the spotlight for Nightwing and Robin, implying that the next character review can be expected to be released in a comparable window. Players have seen gameplay from Robin in earlier trailers, as well as a step-by-step guide to Batgirl and Robin gameplay, which featured a boss battle with Mr. Freeze.

In this walkthrough, Robin was only shown from time to time, as the focus was on the Batgirl perspective, so it will be interesting to see more of Robin’s fighting and abilities in cinematic footage mounted together. Players already know that Robin will have access to the Red Robin costume, as well as some pre-order and Deluxe Edition cosmetic items, but it will be interesting to see which cosmetics will be covered in his review video.

It should also be noted that a promotional image of each character was recently released, in which Nightwing, Robin, Batgirl and Red Hood are lined up and highlighted with their insignia, which may indicate the order of characters that fans can expect to see in the spotlight. behind. If so, it might seem that Batgirl will be next after Robin, and Red Hood will be the last character in the spotlight after that. These spotlights may not reveal anything significantly new about Gotham Knights, but fans can continue to look forward to them, as more information will definitely be provided in the future.