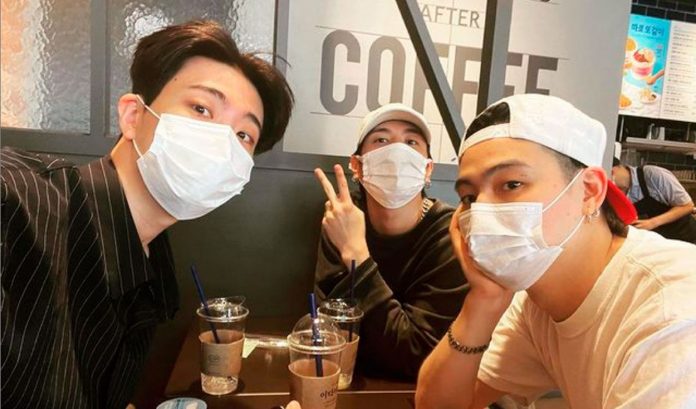 From Jaebeom’s official Instagram account, a photo and video about the meeting that the idols had was shared.

The clip shared from Inst Stories can be seen greeting Youngjae, Jay B, and Yugyeom as members of GOT7, while wearing face masks and holding three glasses of what appears to be iced coffee on the table.

At their failed performance, the three K-pop singers burst into nervous laughter. Here the video on Instagram.

And about the post, where Youngjae, Jay B and Yugyeom pose , the leader of GOT7 wrote: “Reunion”.

The singer of “ Ribbon” apologized to his teammates, since he would also have been invited to this little reunion of GOT7.

This was Bam Bam’s comment : “Sorry to wake up late.”

The responses from the fans were swift and many of them understood that the Thai artist is having a busy schedule due to the release of his first solo mini album.

Another who has also released his solo album was Yugyeom , who gave a signed copy to all GOT7 members.

JB showed the gift in another of his stories on Instagram. Here is the photograph, where he had a special dedication and thanks.

Bluepoint Claims To Still Be An Independent Studio After Rumors