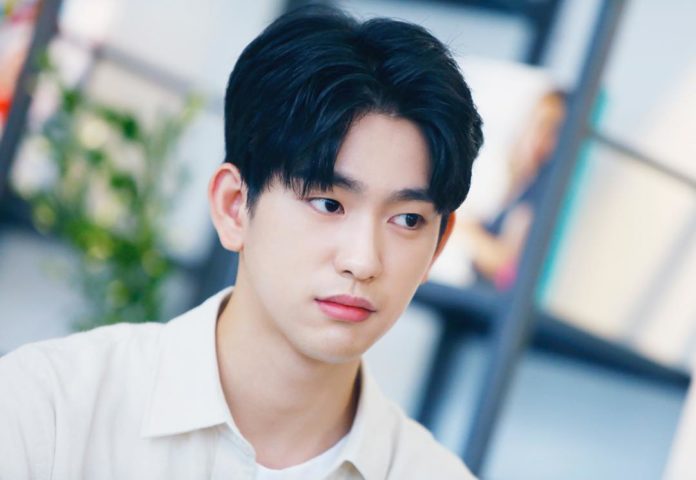 GOT7’s Jinyoung arranged a special date with his fans. The virtual appointment with this idol gave us fun moments in a cozy atmosphere.

As part of the preparations for their comeback with ‘Not By The Moon’, GOT7 has arranged some virtual ‘dates’ for their fans with each of the members. During this dynamic, the members take their followers to share some of their favorite activities or that they would like to show and this time it was Jinyoung’s turn .

As rumors spread about potential virtual fanmeetings after the release of their new mini album, DYE, the guys from GOT7 posted on their personal Instagram accounts photos inviting Ahgase on a date and asking ‘What should we do?’ . After that, we saw Mark making ramen and sharing ice cream with his fans through a V Live, Yugyeom made chocolates, while JB made an appointment in a cafeteria to talk about some books and Youngjae took his followers to prepare sandwiches for pets.

When Jinyoung’s turn came, Ahgase was curious about the activity he could have chosen, since like JB he has declared himself a lover of reading . The idol surprised with a very peculiar date, since surrounded by the dolls of the members of GOT7 he showed us a cozy place where he began to build a wooden bench.

While doing his work, he talked with his followers about the comeback and everything they have planned, but also, he also shared a bit of the drama he worked on and which is about to be released. Although the idol said that probably a guy who invites you to put together a piece of furniture during the first date is not the ideal, that is the type of person he is, but his followers were delighted to see his charismatic and funny personality again.

Jinyoung said that his favorite song on the new album is Crazy, the song JB wrote and subsequently led Ahgase to make a fruit smoothie, which he gladly shared bringing it closer to the camera.

The idol shared that he hopes everyone will enjoy the record material they have prepared, so don’t forget to keep an eye on all the updates from these guys. Take a look at our GOT7 teaser review for their Not By The Moon video.

Check out some of the best #EveryDateWithJinyoung moments below, and if you want to see the full V Live click here.

This is the most domestic date and I‘m all in for it, this honestly tops everything for me#EveryDateWithJinyoung pic.twitter.com/MFQosy5nLA