Home Entertainment GOT7: Who makes up the Virgo line of the K-Pop group? 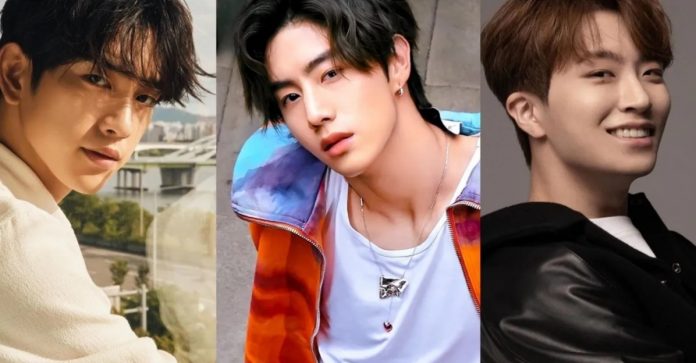 There are three GOT7 idols who have their birthday very soon and have received the title of Virgo line for their sign. Throughout the year we celebrate the birthdays of different idols, September is the month where various members of GOT7 commemorate their date of birth.

Within the world of K-Pop, the word line is used very frequently to refer to different artists who have some quality in common, for example, the vocalists of a group are known as a vocal line, the younger ones as maknae line, etc. Why does GOT7 have a Virgo line?

Well, it is about three members of the group who have their birthday in the month of September and due to the date they were born, all of them are Virgo according to the zodiac.

For that reason, the ninth month of each year is full of celebrations and special moments, both for Encore performers and their fans around the world.

Are you ready to celebrate these idols yet? The Virgo line of GOT7 is made up of Mark, Youngjae, and Jinyoung, we tell you when each one has a birthday so you can mark it on your calendar.

The idol born in Los Angeles, California is currently living in the United States, and in addition to joining CAA he is already working on his new songs, one of his next musical releases will be part of the OST of Shang Chi, the new Marvel movie.

Mark Tuan was born on September 4, 1993, so he is the first of the group to have a birthday in September.

This year Choi Youngjae joined Sublime Artist Agency, starred in their first musical and worked on the Netflix sitcom So Not Worth It, and is working on new music that could be coming very soon.

The singer originally from Mokpo in South Korea was born on September 17, 1996, so that day we celebrated his birthday.

Park Jin Young has shown off his vocal skills as part of GOT7, JJ Project, and recently released his solo tune under the name Dive. Plus, he’s paying special attention to his acting, which is why we recently saw him in The Devil Judge and he’ll be back with Yumi’s Cells soon.

This singer’s birthday is September 22 and his year of birth is 1994.

In other news, Jay B just released his album SOMO: FUME and he showed the value of taking care of the environment, how did he do it?