Home Celebrity GOT7 surprises with the teaser for Not By The Moon, their new... 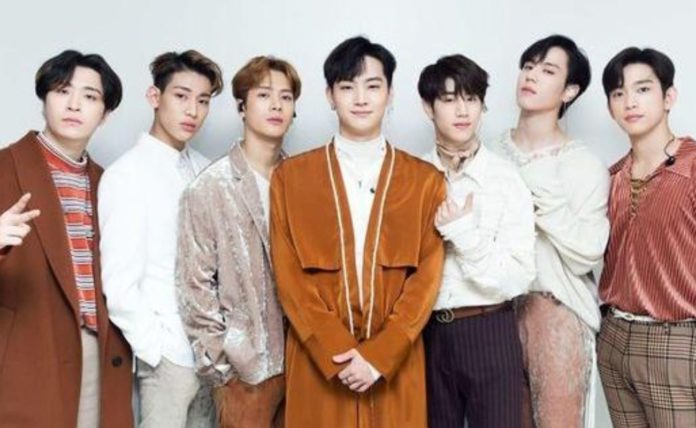 The release of DYE is getting closer and closer and this video has given way to a large number of theories elaborated by fandom.

The JYP Entertainment group is getting closer to their comeback, so the last few days has provided its followers with a series of previews that include photo sets and an illustrated tracklist with phrases from the different songs. This time, the Ahgases have finally been able to visualize the teaser for the title track for the new record material, and theories about the story we’ll see in the music clip have begun to emerge.

The trailer begins with a stage that we have already seen in the Cinema Trailer that the group launched to announce the premiere of their next album, it is the place where members gather to collect their writings and thus put together the book that contains the legend ‘Not By The Moon ‘. This time the place seems to be empty and, when the camera enters this place, we see some elements floating, among them a bird’s feather , an element that is directly related to the group’s fandom.

From outside someone enters and we follow in their footsteps until they discover that it is the leader of the group, who while walking meets each of the members of GOT7 . In the background we hear the sound of a clock whose hands are moving. The sound stops when the clock strikes 1:16, a number strategically placed since GOT7 made its debut on January 16.

At that moment the lights come on, announcing that it is time to start. One by one the members put on masks that refer us to the masked balls, something very appropriate considering that the album is believed to be based on the story of Romeo and Juliet. The masks made of a firm, silver-colored material are shaped like a part of a bird’s face, including a surface with the relief of the feathers , another reference to Ahgase , who usually has a role in most of the videos of GOT7.

Bambam is the only member who instead of placing the mask over his eyes does so over his mouth, referring to his iconic scene in Never Ever where he wears a gas mask, the last member to place his mask is JB, whom we see hidden behind a pair of red curtains that are ajar.

The part of the clip that includes the moment we see the clock marking 1:16 and until JB puts on his mask, is accompanied by a melody that we will hear as part of the promotional single for DYE , this being the first glance that we have to the sound of Not By The Moon. The boys of GOT7 have already presented part of the visual concept that they will handle at this stage of their career, since for several days they have delighted their fans with individual and group teasers of their new album.

Watch the teaser for the video below:

Cardi B admits that she lacks confidence!