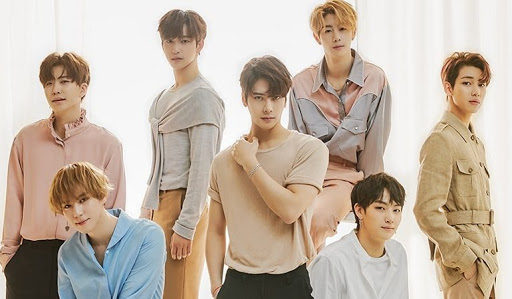 The visual concept that the boys showed has fallen in love with their fans.

The group presented a series of photographs with a new visual concept, which announces the image they will show for their comeback , this is the fourth style that the GOT7 boys have revealed for their return scheduled for April 20, which they will promote with the single titled ‘Not By The Moon’.

After the rumors about the JYP Entertainment group’s comeback came out, everything has happened very quickly, so in a few days GOT7 fans have gotten a lot of updates on a new album under the name of ‘DYE, which they don’t do. more than arousing excitement about the new music GOT7 had been working on.

The group has launched different visual ideas in which we see them looking spectacular, using clothing in neutral colors whose design refers us to the work of Romeo and Juliet, on which it is suspected that the upcoming music video will be based. This new set of photographs is characterized by the use of veils in sober colors such as black, cherry and green , but also the boys use glitter on their faces that frame their looks.

The style of clothing and items such as masks, glitters and reflections, have created in Ahgase the expectation of a video and a dream story , where the guys from GOT7 will probably look like handsome gentlemen ready to fight for their love.

It is suspected that each set of photos shown in the teasers will correspond to one of the different versions that will be released for the album , since the GOT7 company has announced that there will be 5 different versions available for this record material and, although they will probably be versions Random, fans of the group are already choosing which is their favorite.

Lili Reinhart and Cole Sprouse: a love story like no other

How did Antonela Roccuzzo get everyone in photo?

Cardi B hooded and in transparent jumpsuit: she poses in a...

Fans will be able to use their ARMY Bomb to support...