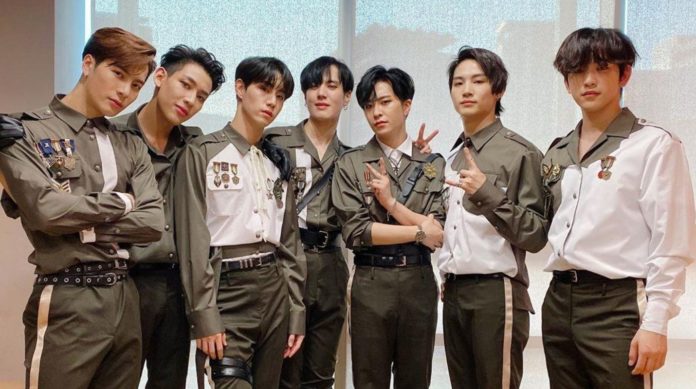 GOT7 is starting 2020 with the right foot, after winning a Bonsang in the GDA, the boys continue to prepare for a year full of projects.

The group still continues with their “Keep Spingin” tour and will resume the concerts in February, but it seems that they have a project ready before and AhGaSe does not understand what it is.

Through its social networks, GOT7 shared a mysterious teaser that showed a kind of letters that formed the word “7 Edition”. KASTAPASANDA !!!

The fandom began with the theories, because during their parade on the GDA red carpet, the boys said they are always in the studio and asked fans to wait for it.

Although the group was not on the supposed list of JYP projects, Mark said they could have an album this year. AhGa is confident that the boys can show new songs, because they know that their popularity is increasing.

However, another of the theories is that it could be a special fanmeeting to celebrate its sixth anniversary on January 16. OMG Also, today they released a new teaser with Jaebeom. Other fans think it could be a DVD of the tour, but GOT7 has not revealed what the surprise is. What do you imagine?