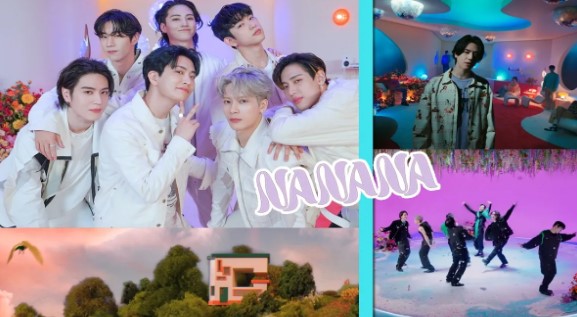 Have you already seen the new GOT7 video? The K-Pop band returns after more than a year since their last record material and they showed that their new beginning will be bright, just like the MV for their single NANANA.

Continuing their promise to stay as a team, GOT7 put their individual activities on hiatus and gave fans a pleasant surprise with a self-titled mini album, which includes a total of six songs, including NANANA, the lead single from this album. it was music

It is a record material that screams GOT7 in every way, from its green design, the compositions by its members and many messages for AHGASE, so if this was an expected comeback in the world of K-Pop, now we know that it is certainly unmissable.

The single NANANA features its own music video and we finally see all seven members of GOT7 gathered in one place, sharing some shots and also showing off their individuality in others. We will tell you a little more about the MV so that you are encouraged to watch it, you will see that you will not be able to stop listening to this melody.

NANANA FROM GOT7, THE BEST OF THE NEW MV THAT WILL MAKE YOU DANCE TO HER RHYTHM

The clip begins with the K-Pop idols inside a house, we see moving boxes and the idols planning some design details digitally, but also a small mock-up of what their new home will look like with a few touches of magic. .

This idea becomes very special since GOT7 has really been building their new start as a group after leaving their old company, now everything is carried out according to the ideas of the members of the members and all of that is embodied in this metaphor that is perfect for his first MV since Encore.

NANANA is a song written by Jay B and according to this idol, it picks up the vibe of melodies like Page and Thursday. It is a track with a dose of energy but also a ‘chill’ vibe. Just like the songs already mentioned, NANANA has Jackson Wang in the chorus showing off his voice splendidly.