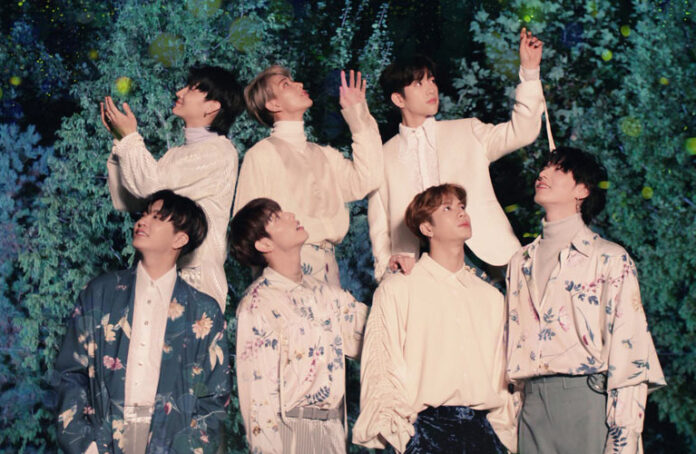 The group appears to have plans to return to the stage very soon after their comeback.

After making their comeback with ‘DYE’ and promoting with “Not by the moon”, GOT7 could be ready to make new releases.

Due to the coronavirus, K-pop groups cannot do tours or concerts until the health crisis is over, but it seems that the boys have other alternatives to reunite with Ahgase, we will tell you the details

In K-pop, groups are used to launching a repackage , a new version of their comeback where they include a couple of new songs and promote again, GOT7 was very successful with DYE so it is likely that they will also do it, Jinyoung it woke up the rumors after a transmission that realized.

A fan decided to ask her if the group had plans to return with a new version of DYE , the idol said she had no idea, but promised to see them soon.

Some Ahgase believe that if they return, others think that they can make a new comeback, now in Japanese or perhaps they are preparing to hold an online concert, as other groups have done due to the restrictions that still exist in South Korea. We will have to wait, for now it only remains to save before any launch of GOT7.

Although it is all about rumors, Ahgase no longer knows what to think, since Jinyoung assured that they would see them soon and BamBam changed his look and boasted his new hair color, so they really have plans in mind.

The controversy that arose in Bruce Willis’ records