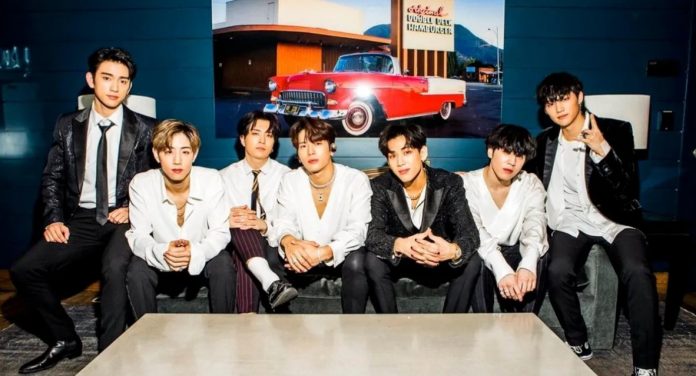 GOT7‘s beginning as a group is full of good times and a few others that make them feel shy. Have you seen GOT7 perform? One of their first group projects was a fantasy K-Drama that every fan of these singers should know about.

Within this group, there are several members who have shown their talents as actors. First it was JJ Project who had appearances in different productions, but when GOT7 was about to debut they also filmed a web drama to show a different side of their career.

The K-Drama was named Dream Knight and began filming in 2014 and began airing in late January 2015, having a total of 12 short episodes where Yugyeom, BamBam, Youngjae, Jinyoung, Jackson, Mark, and Jay B appear as characters.

The Korean series starring GOT7 tells the story of a young student who has lost many valuable things in his life, so now he feels lonely and is also rejected at his school. That changes when a group of boys appears in front of him who are always aware of what happens to him, but they will not be able to stay forever due to the magic that made his arrival possible.

DREAM KNIGHT: WHY DOESN’T GOT7 WANT TO REMEMBER YOUR DRAMA?

The youth drama focuses on fantasy and romance as it leads us to immerse ourselves in a school environment, but if you are a fan of these idols then surely you have already seen GOT7’s hilarious reactions when they are reminded of their participation in this drama.

The idols have revealed that the company they worked with back then had the ideal of drama and took it as an experience for their careers, but now it’s hard for them to look back at that moment in their lives.

During their early years none of the idols were focused on acting, but also the fact that it is a romantic series with a ‘magical’ vibe is always a bit uncomfortable for them to remember.