Home Celebrity GOT7: BamBam And Seulgi Star In New Who Are You Teaser 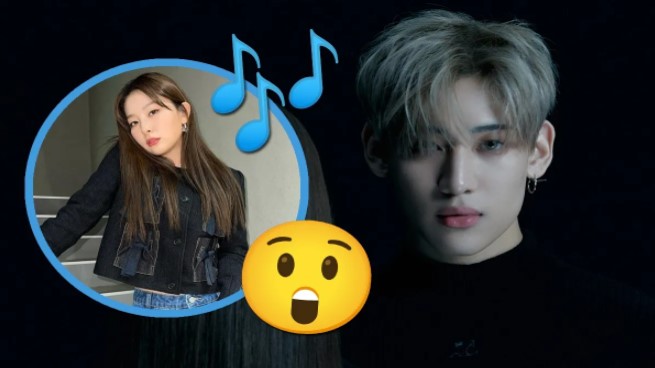 The talents of two popular K-Pop artists come together in the teasers of Who Are You, BamBam prepares the premiere of a new single full of surprises.

GOT7 will close the year with fascinating projects, Youngjae has just released a Christmas song titled Walk With Me and now the arrival of a single by BamBam is approaching. The Abyss Company artist had already shared some mysterious teasers through photos, but now he showed details of the music video that he will premiere in just a few days.

Who Are You will be a song that ushers in a new era in the Thai idol’s career, so expectations have not stopped growing as details of this song are gradually revealed.

With a 31-second clip, BamBam presented a look at the MV and even his interpretation of this tune, he keeps reading to find out everything we saw on screen, as even Red Velvet’s Seulgi will be part of this release.

In the previous images, BamBam had appeared with a person whose only long hair we could see, but the new teaser put an end to the doubts and suspicions of who was the girl we will see next to him.

The video begins with the singer wearing a white suit and while some images in other scenarios make their way as part of the previews, we also see a hand that appears in front of the boy and approaches his neck.

As the last seconds approach, BamBam’s face turns slightly to the side and the person behind him is finally revealed, but it was a pleasant surprise that it was Red Velvet’s Seulgi.

In addition, at the end we see in blue letters the name of the melody along with details of its premiere and the SM Entertainment idol appears announced as part of this song, officially revealing that it will be a collaboration.

These K-Pop idols debuted during 2014 with GOT7 and Red Velvet respectively. They are both talented in singing, dancing and even rap, but thanks to working together on a couple of shows this collaboration was possible.

It all started when BamBam promoted her album riBBon on Seulgi Zip, the Naver show that the girl runs, it was a fun-filled episode and we even saw them dance together briefly. The artist continued to appear on the program, although the next time it was with a call and it was then that the expectations for a collaboration appeared.

When they cut off the live communication, the SM artist said that she had read a statement from BamBam on the Internet where she indicated that she wanted to collaborate with her, to which the girl replied that she would also be delighted. Now that is a reality and very soon we will know the work that these artists did together. Are you excited about the premiere of Who Are You?

Do you know everything the guys from GOT7 have done this year? We tell you what are some solo songs that they released throughout 2021 so that you know this facet of their career.

Khloé Kardashian validates the song “Drunk in Love” by Beyoncé!