Home Entertainment GOT7 and NCT 127 On The Same Stage? Your Unforgettable Collaboration 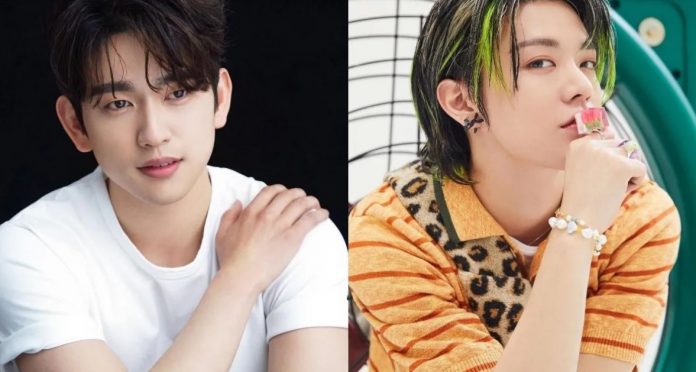 NCT 127 and GOT7 has very talented. When idols from different groups gather on stage for a performance, the excitement increases, do you remember the collaboration of GOT7 and NCT 127?

The end of each year is full of emotions in the world of K-Pop, this season usually includes many comebacks but also has the arrival of award shows for music, so we enjoy spectacular events where several of our favorite groups meet. gather.

The shows are not only about handing out accolades, but they also offer great performances, where even unexpected and very surprising collaborations happen, that’s why GOT7 and NCT 127’s show made their mark.

This happened at the SBS Gayo Daejun event in 2017 and, although not all members of both groups participated, they did show us that both teams have plenty of talent and energy.

NCT 127 AND GOT7 SING FOR FANS AT AWARDS SHOW

One of the surprise performances for said edition came from GOT7’s Jinyoung , BamBam, and Yugyeom , who joined forces with NCT 127’s Yuta , Doyoung, and Taeyong for a collaborative performance of the song Hey, Come on!

All the idols wore black outfits and some black details, but in addition to their great stage presence, they fell in love with everyone with their talent, as both the rap line and the vocal line of this presentation got compliments, applause, and an ovation by fans.

As if that were not enough, the energy and visuality of the singers were surprising, there could not be missing an irresistible dance solo that complemented the show and made it unforgettable.

Also, we tell you that NCT 127 will be back soon with a new album and they have released some spoilers for the new tunes, find out how Lemonade sounds.

After lawsuits and accusations of misconduct, James Franco began to build...