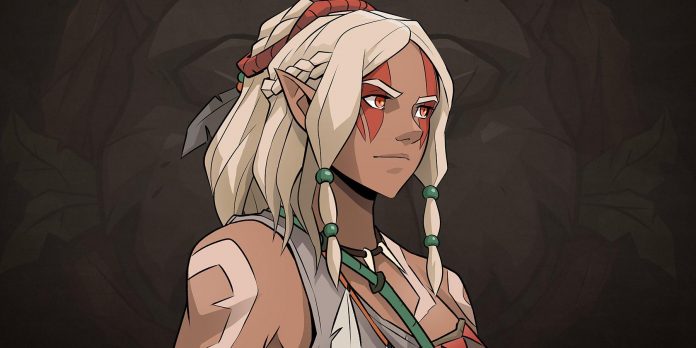 Of the ten unique characters featured in the Gordian Quest deck-building role-playing game, the Druid class offers the most to players who are looking for a powerful hybrid of caster, summoner and warrior with a diverse set of possible builds. Gordian Quest, featuring a rich comic book art style, a complex card battle and a lengthy campaign mode, recently came out of early access and won many critical acclaim. Special praise was given to the characters inspired by Dungeons and Dragons Gordian Quest, most of which are based on D&D character classes. However, D&D fans will quickly notice that some characters, including the Druid, have undergone minor changes to their builds to better adapt them to card combat and the construction of the Gordian Quest deck.

In Gordian Quest, players can choose one of ten characters and assemble a group of loyal adventurers to embark on a journey through a world teeming with monsters. On this journey, the group will encounter combat encounters and D&D-inspired events that will test the player’s skills against the vagaries of virtual dice rolls. Players can choose from three different game modes: a campaign lasting from 15 to 30 hours with several plot actions, a roguelike Realms mode in which players are invited to go as far as possible in the true tradition of Slay the Spire, and an online vs mode. A skirmish. The developers of Gordian Quest have clearly expressed their inspiration, calling D&D and other classic video games, such as Ultima, important for creating their own project.

The druid Ida from Gordian Quest plays the same way as her colleagues from D&D, with an emphasis on elemental magic and animal summoning, relying on her close connection with the natural world. Ida is arguably one of the game’s most adaptable characters, and while she’s capable of dealing a lot of damage with the right cards, getting the most out of her abilities requires something like a deft hand and an understanding of subtlety.

Creation of the Primordial Druid Ida in Gordian Quest

The Primal build offers a significant departure from the traditional D&D druid mythology and focuses on dealing direct damage and damage over time, rather than using spells. In fact, players who have played D&D before may find the almost complete absence of spells in the Primal build particularly unusual. Primal build decks may still need to contain one or two spells, including Primal Aspect, which pays homage to the influences of Gordian Quest by allowing Ida to transform into a bear. The primal aspect has particularly good synergy in this build, as Ida’s bear-shaped strength increases in proportion to the bleeding effect that Ida can inflict on enemies with many of her physical attack cards.

Bleeding increases the amount of physical damage received, and players can take advantage of this by assembling a deck with cards such as Swing and Wound, which deal direct damage and apply the Bleeding effect. This style of play is very different from most druid subclasses in D&D, but it allows Ida to deal a lot of damage by dealing multiple attacks in one turn. The inclusion of cards such as “Step Aside” and “Smell of Blood” gives the Original Druid Ida additional mobility, allowing her to move around the battlefield and shorten the distance between her and her targets.

The Primal build differs from other builds in its sheer malice and emphasis on dealing damage, with some particularly nasty debuffs added for good measure. Strength and agility are important attributes for Primal, as they enhance most of the ability cards that players will want to include in their deck. However, players should also remember that while Ida can do a lot of damage with this build, focusing on physical attack cards means she has poor defense. Unlike the Cleric Katherine from Gordian Quest, Ida can’t take much damage and relies on her mobility to avoid attacks. The Druid’s Starter Deck is the best choice for players aiming for a primal build.

As the name suggests, the Elemental build focuses on the use of elemental spells and nature magic, returning to something much more similar to the Druid D&D tradition. Building a deck to build Elementals, in fact, includes almost all the spell cards that the player can find, giving Ida an arsenal of spells that can do anything from dealing damage and applying debuffs to turning the battlefield into a hostile environment by applying effects to ground tiles. Maps like Seismic Shatter and Molten Lava are useful for controlling the battlefield, limiting enemy mobility and forcing any attackers to cross the field with environmental hazards. Druids in D&D focus on nature magic, but in Gordian Quest, nature magic involves controlling the battlefield with hazards causing negative effects such as Burn.

Lupine Vs Sherlock Holmes: Who Wins The Detective Clash?