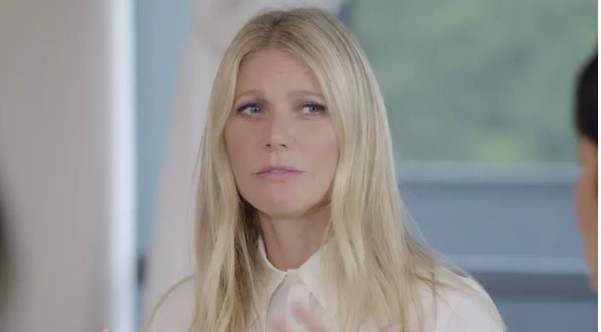 For a long time, Gwyneth Paltrow was known to the public mainly as an actress, with her famous works including “Seven”, “Shakespeare in Love” and “The Talented Mr. Ripley”. However, these days Paltrow has retired from acting and is focusing on managing her brand/company in the field of healthy lifestyle and healthy lifestyle Goop, whose popularity has increased dramatically over the past decade. However, with this increased authority, there have been more claims that Goop’s health recommendations are “pseudoscience,” and Paltrow recently took some time to sort out.

Gwyneth Paltrow launched Goop in 2008, the same year she debuted as Pepper Potts in Iron Man, and the company is now valued at $250 million. However, Goops has been criticized over the years by various doctors and scientists for championing products and methods that lack scientific validation. Here’s what Paltrow told CBS News after being asked what she has against people accusing Goop of promoting pseudoscience:

I genuinely don’t understand where that comes from, because we don’t do that. We’ve never done that. I mean, especially when we started, there were so many modalities and ways of achieving wellness that had no scientific backing, but that have worked in India for thousands of years, or worked in China. So, I think it was, like, a way to take shots at us. But there’s nothing that we talk about that’s actually that wacky.

Among the criticisms that have been directed at Goop in recent years, Simon Stevens, chief executive of the National Health Service of England, targeted Gwyneth Paltrow and the company back in early 2020 after the premiere of the Netflix show The Goop Lab because of “questionable health products.” and tricky procedures.” Two years earlier, Goop had to pay $145,000 as an administrative fine for selling its “vaginal eggs” with dishonest demands. Speaking about these eggs, CBS News interviewer Tracy Smith called them a product that may be worthy of being called a “stupid” description,” to which Paltrow said:

There’s a whole industry now around strengthening your pelvic floor. We were just early! … We would talk about something and the internet would freak out. And then, you know, six months later or two years later it would be widely adopted.

This is not the first time Gwyneth Paltrow has directly commented on criticism related to Goop. Returning to The Goop Lab, Paltrow stated in February 2020 that she and everyone else associated with the brand/company “do what we do, absolutely in good faith, and we like what we do,” and also accused the media of “they” returning to tabloidization to get clicks” regarding media outlets that disagreed with how certain topics were covered in the show. In this CBS interview, Paltrow also mentioned gluten rejection as another trend she joined before it became widespread.

It’s worth noting that back in 2017, Gwyneth Paltrow admitted that she doesn’t always “know what the hell we’re talking about” in relation to Goop, but half a century later she is sure that everything is fine with this professional endeavor. However, expect CinemaBlend to pass on any new information about Goop, including if it becomes the subject of another dispute. For those who want to see Paltrow’s latest acting performance (to date), watch “Politics” with a Netflix subscription.

One of the stars of Nope Jordan Peele tells how they...