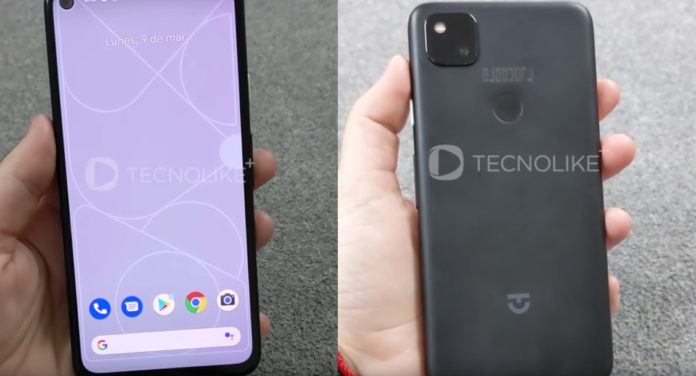 A new one is being added to the Pixel smartphones that Google launched on its behalf: Pixel 4a. It has become clear how the device, whose design and features have been previously determined, will be offered to the market this time around.

We have already notified you that the new US-based search giant, Google’s new smartphone, Pixel 4a, appeared in a YouTube video. After the design and hardware features of the device, its price also appeared.

The person who revealed the price was Evan Blass. Blass is a name known for the accuracy of this kind of information he has revealed. Blass shared some billboard images prepared with Photoshop about Pixel 4a According to the images shared by Blass, the price of Pixel 4a will be $ 399.

Google Pixel 4a
It is worth noting that Google Pixel 4a does not surprise with price. Pixel 3a, released by the company last year, was also offered to the market with the same price tag. Another information raised by Blass is that Google’s new Assistant, which was used for Pixel 4 last year and is currently exclusive to Pixel devices, will also be included in Pixel 3a.

According to the news in Neowin, the price tag will start at $ 399, meaning that Google will also launch the Pixel 4a variants with higher internal storage. In addition, Pixel 4a will come with two different color options, black and white.

When we look at the features that will be on the device, it is seen that it will have a 5.81 inch, FHD +, OLED screen. The Pixel 4a, which will use Snapdragon 730 as the processor, will also have 6 GB of RAM and a 3.080 mAh battery. The device, which has a camera in front and behind, will also have a fingerprint reader sensor.