Home Tech Google Works on Many Stadia Features Including 4K / HDR Support For... 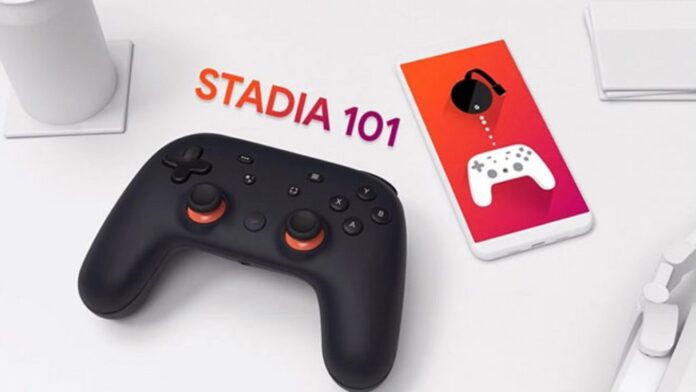 Stadia recently received the 2.16 update. We have compiled the features hidden in the texts under the update in our news. Judging by the texts, Google is working on many innovations, the most important of which is preparation for Android TV.

This week, with the Stadia Connect event and the introduction of new Stadia Pro games for May, we can say that Google was very busy for Stadia. Stadia’s Android app also got a new update this week, upgrading to version 2.16. In the update, while preparations for Android TV are continuing, photo sharing and much more started to be worked on.

New codes referring to 4K, HDR, and 5.1 surround sound transitions to the Google Stadia app. These options are thought to be a move to improve broadcast quality on the Android device. However, the fact that Android devices with 4K displays are very low brings Android TV to mind. Stadia is thought to be preparing for Android TV with these new arrangements.

Support for 4K resolution may come soon:
New information has been revealed by examining the files of the new update of Stadia. The new features have not been announced precisely, but 9To5Google, which has been reviewing the codes of the latest version that Google has uploaded to the Play Store, has managed to extract what the features are. The features of the codes that indicate the increase of broadcast quality and accordingly to regulate the use of data are as follows:

Permanent window title that enables 4K option to be active.
4K resolution is available.
Message to enable 4K to be active by re-opening it while playing games.
Turn the game off and on again for 4K resolution support.
Label for 5.1 surround sound streaming feature that can be enabled or disabled in the current game.
5.1 Surround sound.
Message saying that the user screen does not support HDR mode.
Data usage exchange
Update data usage settings for 4K resolution support

However, Google made the capture button active a few days ago when using the Stadia controller on Android phones. This button, which is currently in use, allows you to download the screenshots or videos taken in Stadia, so if you want to share this media, you have to download it first. However, if you look at the code, Google plans to integrate the sharing feature to the capture feature and make it more useful.

Messaging system can also be added:
What arises from the texts is not limited to these. Currently, the only way to talk to your friends on Stadia is in-game or party systems, while the messaging system can be added to the app. Many texts pointing to the future of the messaging system are also included in the latest version. However, it is expected that it will take time to officially arrive, as Google is currently at the head of the feature.

Also, the achievements section, which is currently unavailable in the Android version, may be added to the application soon. Although work has begun for this, more progress needs to be covered. Finally, users who are not members of the Stadia store Stadia Pro will be told about discounts available on Pro. While things are like this, we can say that Stadia is developing day by day.