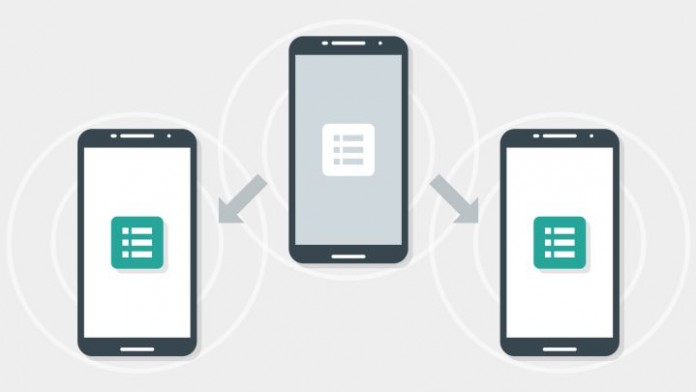 Google: One of the things that nobody wants to lose is the password to enter their favorite site. This is so, and in fact sometimes it is even difficult to remember each of the ones you have recently entered. That’s why many rely on a password gesture or write it down on paper the old-fashioned way. But at Google they want to make things easier between their devices and that’s why they want you to use Nearby Connection to share passwords.

Sharing passwords between Google devices will be a reality

Many users share all kinds of files daily through different features. Cloud, Bluetooth or even infrared options if your smartphone still has them. But there are ways in which your terminal can still send data to other devices if it is Android using some available functions such as Nearby Connection as we mentioned before.

But at the Mountain View house they are working on a way to give a connection function an extra bit of functionality. The company’s work plans go through using it to share passwords between nearby devices. Specifically, the beneficiaries of this feature would be the Chromebooks, the company’s own computers where you will have the possibility of sending a password from a mobile phone to the PC in a matter of seconds.

According to what they say in Reviewgeek, this feature has been tested before on mobile phones with Android 12. The tests have been satisfactory, but now it is the turn of transferring the data at the moment between a computer and a PC.

The function that will allow Nearby Connection to send a password between a computer and a smartphone is something new within the company itself. In fact, it can save a lot of time turning on WiFi from one device to another and we hope that this feature will be expanded to all computers in the future.

At the moment, this feature is well known by users of the iOS and MacOS system, where AirDrop already has a very similar function. In his case, this function has been active for a long time and it is now that the Mountain View firm will take the step to integrate it into its products.

iPhone SE: The Only Feature That Makes The Model Tough Android...