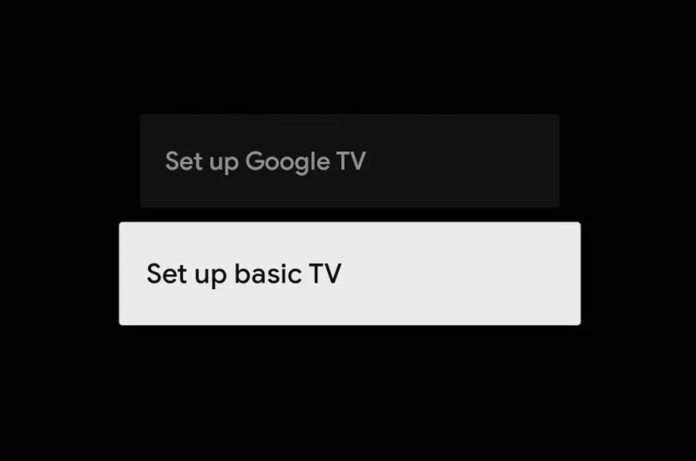 Google TV, the latest product by Google’s TV software, has a new mode called “Basic TV”, that is, “Basic TV”. When this mode is turned on, the smart features of the TV are turned off and only normal TV broadcast and HDMI outputs are operational. While this feature doesn’t seem very logical, it can be useful for users who use a set-top box and view smart TV features unnecessarily or who care about their privacy.

Google TV is also included in the new Chromecast device. This platform includes a new interface built on Google’s existing Android TV software. However, we will also see it as internal software in TCL and Sony’s upcoming TV models.

According to the 9to5Google site, the “Basic TV” mode can be selected in the setup. Doing so eliminates the operating system’s implementations, content suggestions, and Google Assistant support. It is possible to return to the standard interface at any time, but selecting the basic mode can only be done in setup. The developer-focused ADT-3 device, which the 9to5Google team has tested, does not have TV broadcast or HDMI hardware required by the mod, so it is not entirely clear how the user interface of this feature will look. We also don’t know how Basic Mode will affect data collection.

In the meantime, a representative who gave information to 9to5Google site on behalf of Google, noted that this mode is a feature specific to Google TV and will not be on Android TV 12.

There are many reasons people want to remove all smart features from a smart TV. Many users use set-top boxes from Apple or similar manufacturers to stream content over the internet. A duplicate interface built into their TVs can be confusing. Many consumers may want to continue using a TV long after they stop supporting developers’ software and applications. At this point, it would be useful to reduce it to its essentials to increase performance. Or maybe you might not like the idea of ​​using smart TV given their history of tracking everything you watch. Basic TV mode can also give you the opportunity to get out of this situation.