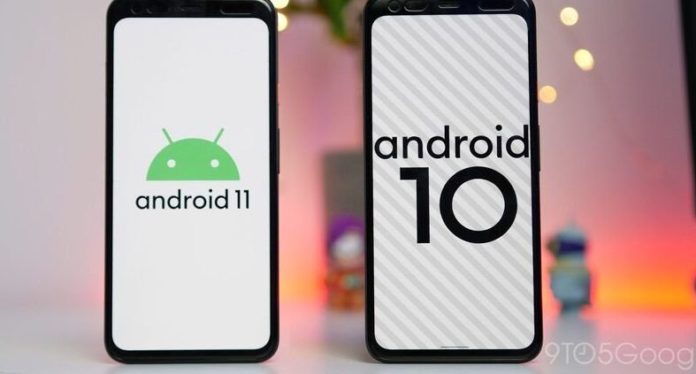 Google has finished publishing the scatter chart that it has been publishing for years and shows which version of Android devices are using Android. The Android scatter chart was published mainly for those who developed Android apps.

It has been announced that Google has been publishing publicly for years, and it will no longer publish statistics known as the Android scatter chart. The graphics, which have not been updated for about a year, included data on which Android version was used on Android devices.

The Android scatter chart was mainly released for Android app developers to decide the lowest Android version that apps can run. The data published in these charts was not very satisfactory because, for example, we learned from 2015 that Android Marshmallow’s market share was over 15 percent.

Could be a move against Apple
It was stated that companies like Apple were able to flex on updates to their devices by evaluating Android data announced by Google. This may not be an accurate comparison because Android has devices that fill gaps, such as digital directional signs, that iOS doesn’t really care about. Devices of this type do not need to run the latest version of Android, or beyond, their hardware is being developed more often.

Putting all this in a row, Google stopped publishing these graphics for the first time in October 2018, but a surprise re-update came in May 2019 and has been silenced ever since. Google has now completely removed the Android scatter chart from its website and has directed those interested in scatter statistics to Android Studio’s ‘Create New Project’ wizard.

While it is bad that Google hides this information from the public, it is a fact that the graphics are only available to app developers. So what’s the look in Android Studio? Rather than the circular representation we are accustomed to from Google scatter charts, ‘cumulative distribution’ rates are shown. In this demonstration, developers are asked to choose the oldest version they want their app to run. After that, by default, the app is working properly in every version that is new from this selection.

Along with the cumulative distribution rates, the developers see the rate of which Android devices they will lose each time the new Android version is released. This may be a little confusing, but the release of Android scatter charts was just about that. According to the statistics published last year, Android 10 remained in a market share of 8.2% and could not reach 10% market share. Android Pie was the most used Android version on Android devices, with 31.3 percent.

Harry Styles could star in film adaptation of My Policeman

Pokémon GO: the best Pokémon to attack in raids

2000 Year Parchments Can Be Read With Artificial Intelligence

Joy talks about the importance of positivity in a photo shoot

Samsung, the bracelet Galaxy Fit 2 with a 15-day battery

How Is Plastic Produced From The Most Used Raw Materials Of...