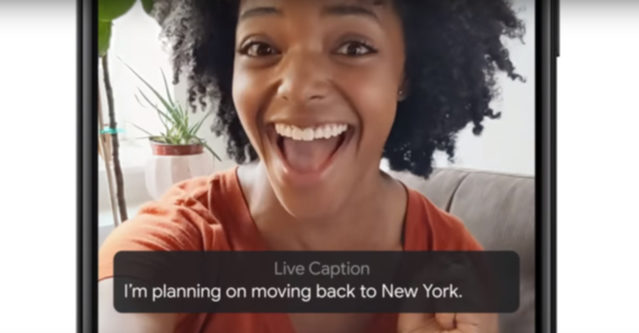 Live Caption, an accessibility feature announced by Google last year, will be available in phone calls with Android 11. A review of Android 11’s Developer Preview codes shows that Google is working on this.

Google announced Live Captions, one of its accessibility features, at Google I / O 2019 last year. Working with three machine learning features, it detects English conversations in media files and automatically subtitles them.

Live Subtitle will also be available in phone calls with Android 11
Although the feature has been in use for some time, it has not received any updates regarding its functionality. However, a new review of Android 11’s Developer Preview codes shows that Google is working to bring Live Caption to phone calls.

When the 2.13.302920511 version of Pixel 4’s Android 11 Developer Preview, which is responsible for Live Captions, is reviewed, codes showing that Live Caption can be used in phone calls are seen.

When the Live Caption feature is enabled during a phone call, it is reported that all parties to the phone call are transferred with subtitles. As it appears in the codes, this notification is transmitted to the parties of the phone call with a voice.

The API that Live Caption is currently based on does not allow capturing voices in voice search. However, new permissions added to Developer Preview 3 version of Android 11 show that the restriction of this feature will be removed.

Qualcomm will solve the problems of wireless headphones

BTS’s music and its relationship with Buddhism