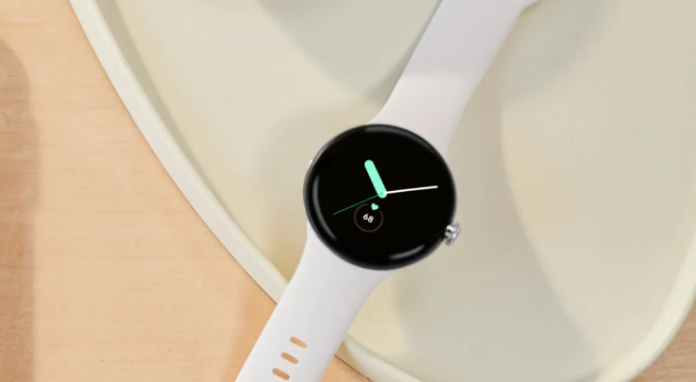 Google has finally officially unveiled the long-awaited Pixel Watch smartwatch, which has been seen in many places.

Finally, the long-awaited smartwatch model from Google, which has been seen in many places, is officially presented. Although we have seen the design of the watch in many places, including on the hand of the CEO of Google, we did not have clear information about their functions. With the introduction, we learned the features of the new smartwatch.

What does Google Pixel Watch promise?

Google Pixel Watch has a case with a diameter of 41 mm. The smartwatch weighing 36 grams will be offered in only one size. The biggest criticism of the new smartwatches was for their case. When introducing it, it is worth noting from the very beginning that these frames are much thinner than previously leaked images.

The maximum brightness of the watch screen with the Always on Display function is stated as 1000 nits. The new smartwatch from Google is equipped with a 1.6-inch AMOLED display with a pixel density of 320 PPI. The screen of the watch is protected by 3D Corning Gorilla Glass 5. Google Pixel Watch is waterproof at a depth of up to 50 meters and is available in various colors and with straps.

Under the case of the Pixel Watch is an Exynos 9110 SoC processor with a Samsung signature. The Pixel Watch has 2 GB of RAM and 32 GB for storing music, photos and apps.

Google Pixel Watch with a 294 mAh battery promises up to 24 hours of battery life. However, we remind you that this period may vary depending on the situation of use. You can fully charge the battery of a smartwatch in 80 minutes using a USB-C magnetic charger. It takes 30 minutes to increase the battery charge of the watch from 0 to 50 percent.

Google uses sensors to measure blood oxygen levels and heart rate in its new smartwatch. In addition, the new Pizel Watch also has an ECG display function. The new watch also includes a fall detection and emergency assistance system. The sleep tracking feature is also included in the Pixel Watch, as in all smartwatches.

Google offers some subscriptions for free to those who buy a Pixel Watch. Pixel Watch gives you 6 months of free use of Fitbit Premium, which offers features such as personalized workouts, snoring and noise detection, as well as detailed sleep analysis and stress management. The watch also offers a 3-month YouTube Premium subscription.

Google has set a price tag for its new smartwatch at $350. The LTE version of the watch with cellular support costs $ 400. For comparison with competitors, the Apple Watch is $8,400; the cost of the Samsung Galaxy Watch 5 is $330. So, what do you think about Google Pixel Watch? You can share your opinion with us in the comments section.

Windows 11: Know The Different Versions Of The Operating System