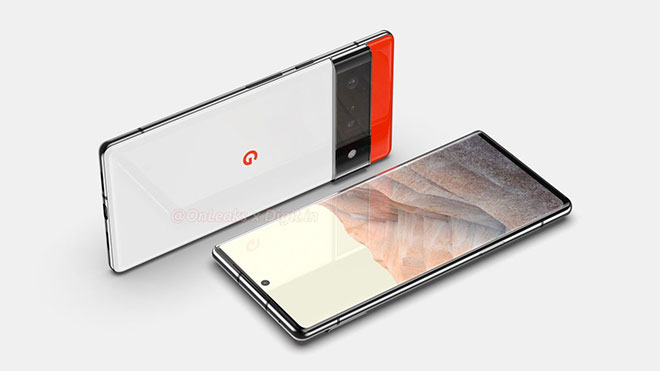 Google Pixel 6, new details about. Famous for his mostly accurate information in the technology community with the information he shared about the devices, Jon Prosser shared all the features he expected from Google Pixel 6 and Pixel 6 Pro. When we look at the information provided by Prosser, we can see that a very performance device is on the way. In addition, it seems that a significant update has been made in the camera area.

Showing itself in the field of smartphones with its Pixel series, Google is expected to reveal all the details of the Google Pixel 6 family, which attracted attention after the successful Pixel 5 model, while Jon Prosser, one of the trusted names in the industry, shared the features of the Google Pixel 6 series.

When we look at the features of Google Pixel 6 and 6 Pro, we can see that Google will make big changes in its new flagships. We can see that Google, which has made great improvements in the camera field compared to the previous series, has put its plans into practice when we come to the processor part. Here are the features shared by Jon Prosser of the highly anticipated Google Pixel 6 family:

Google will use its own processor:

When we look at the technical features shared by Jon Prosser, we see that the standard Google Pixel 6 will have a screen using a 6.4-inch AMOLED panel. On the back, it seems that the 50-megapixel wide-angle camera will be accompanied by a 12-megapixel ultra-wide-angle camera. The front camera is 8 megapixels. The phone, which will come out of the box with Android 12, will have 128 or 256 GB of storage and 8 GB of RAM. Finally, a battery of 4614 mAh is expected to be in the Google Pixel 6.

When we come to the Google Pixel 6 Pro, we see that the screen size has reached 6.71 inches. On this screen, an OLED panel will be used, not the AMOLED panel on the Google Pixel 6. There will be a 12-megapixel camera on the front of the phone, which will have 50-megapixel wide-angle, 48-megapixel telephoto and 12-megapixel ultra-wide-angle cameras on the back. The battery has also been taken beyond the standard version and has reached 5000 mAh. Finally, the phone, which will come with 12 GB of RAM, will offer 128, 256 and 512 GB storage options.

Both devices will be powered by Google’s own processor. We can say that the Google Pixel 6 Pro will be more suitable for users who take photos frequently. You can share your ideas about the devices in the comments section.