Home Tech Google Pixel 6 May Have The Same GPU as The Samsung Galaxy...

Google Pixel 6: Possible details about Google Pixel 6 and Pixel 6 “Pro” continue to appear on the internet. The latest rumor indicates that new smartphones may have the same graphics processor as the global version of the Samsung Galaxy S21 Ultra.

According to the information, the device must use the GS101 Whitechapel chipset developed by Google accompanied by the ARM Mali-G78 GPU. Apparently, Samsung will be the company responsible for producing both.

Other evidence about the graphics chip was found in the Google Issue Tracker. The support website highlights the presence of the Mali-G78 on a device named “P21”, but the core count and clock speed have not been revealed.

According to leaker Yogesh, the GPU “has a good performance under pressure”. However, initial comparative tests have shown completely different results.

It is worth mentioning that rumors indicate that the Pixel 6 will have a 6-inch Full HD screen with a refresh rate of 120 Hz. Meanwhile, the Pro or XL variant will have a 6.4-inch Quad HD display to compete with other Android phones.

Built with 5 nm, the chip will be on the same level as the Snapdragon 870. Currently, Qualcomm’s model powers smartphones considered high-end such as the Motorola Moto G100 and the gamer Xiaomi Black Shark 4.

So far, Google hasn’t officially revealed the Pixel 6 release date. However, the devices are expected to hit the market between October and November this year. 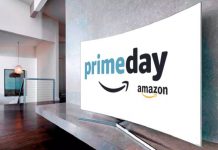 A Critical Vulnerability in Cyberpunk 2077 is Released