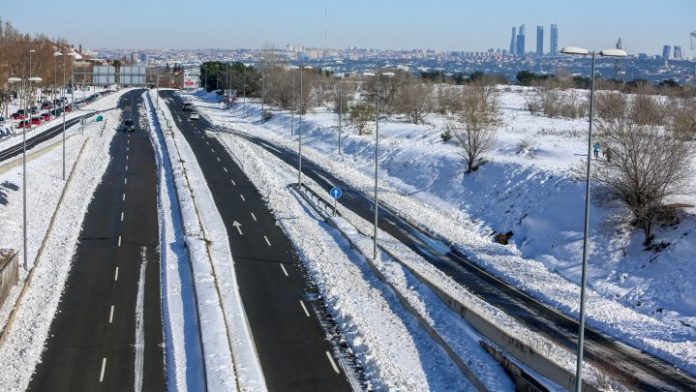 Filomena is the storm that Madrid will remember forever. It has never snowed so much in the Spanish capital, to the point of collapsing the main access roads through which no one can move by car. In fact, some people have abandoned their vehicle in the middle of the road until it could be recovered soon. Mobility remains the priority and many people use maps like this to find out which streets are snow-free.

A map that tells you if your street is snow-free

Throughout the weekend we have seen that Madrid has been dyed white due to the storm Filomena. The images that our fellow news were the same: snow in the streets and highways, people who went out to make snowmen or even snowball fights in the middle of Gran Vía. hidden that worries many.

There are cars that have not moved from the main arteries of the city, streets collapsed by snow and, as if that were not enough, the food transport does not arrive. But in the meantime, people want to know where they can move and they do it thanks to maps on their mobile phone like the one you have in the link.

This map for Google Maps has reached us via WhatsApp which, according to what they tell us, tells us in real time what the evolution of snow cleaning is. As can be seen, there are areas marked in blue and others without a filter, which is how the standard application is shown. Here you must bear in mind one thing and that is that the areas in blue are the streets that no longer have snow. It can be seen that they are the main roads that are circulated and that the snow plows have passed.

Go out only if necessary

We hope that if you are a resident of Madrid you will take advantage of this map with the streets that are already free of snow. It will help you move on foot, since riding a bike, motorcycle or skateboard are not the best options due to the ice that is still on the road. And you must take this into account, the temperatures this week will remain low so the sidewalks and driveways will be slippery.

This is important since our colleagues speak of an increase in emergencies due to trauma and let us remember that we are still in a pandemic. Therefore, if you can avoid a trip to the hospital or health center, much better.

Application You Can Easily Color Black and White Photos