Google Maps has recently received a widget to make it easier to use. It is expected to be available to all users in the future.

Google has been designing its apps with the Material You design language in the last few weeks. At this point, some applications such as YouTube Music, Google Keep and Google Drive experienced changes. Not only that, the company has added various widgets to the apps. This time, a new search widget is coming to the Google Maps application.

The widget, which was available to some users and under development, was first found late last month. Now, a Reddit user stated that the widget has started to spread. The newly introduced Maps search widget by Google is quite similar to the one introduced in August.

Users can now make more practical searches thanks to the widget developed for Google Maps. At this point it becomes faster to access home, work, gas station and more. Just below the search bar are four or eight navigation shortcuts. 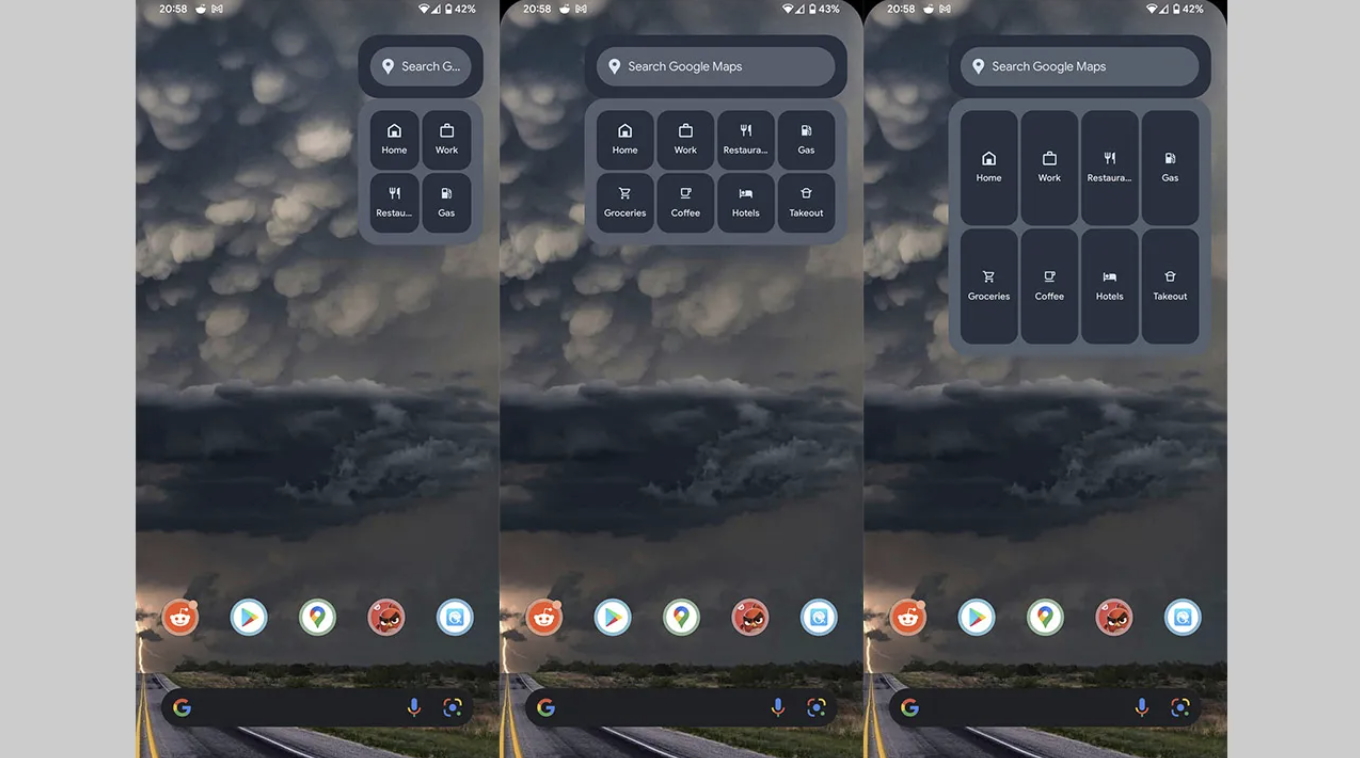 As seen in the screenshots, the widget has a dynamic design. The number of navigation shortcuts shown below increases or decreases depending on the size you apply. Even if you make it larger at this point, it does not show more than eight. Coming to Google Maps, the widget also supports dynamic theme on devices running Android 12. However, it is returning to blue accent colors in Android 11. The widget, which is not currently available on most devices, is available with the V11.3.0 version of Google Maps.

What do you guys think about the widget of Google Maps? Do not forget to share your ideas with us in the comments section!