Home Tech Google Maps gets new widget in Android version and some users have...

Several Google Android apps have received Material You in recent months, including Assistant. Some apps have also seen the addition of new widgets in preparation for Android 12.

The Google Maps app is now getting its own new widget for the Android mobile home screen, about three months after the iOS version was updated with news.

A disassembly of the APK revealed hints about the new widget, which appeared in Google Maps v11.3.0 just last month. However, only a handful of users have received it so far. 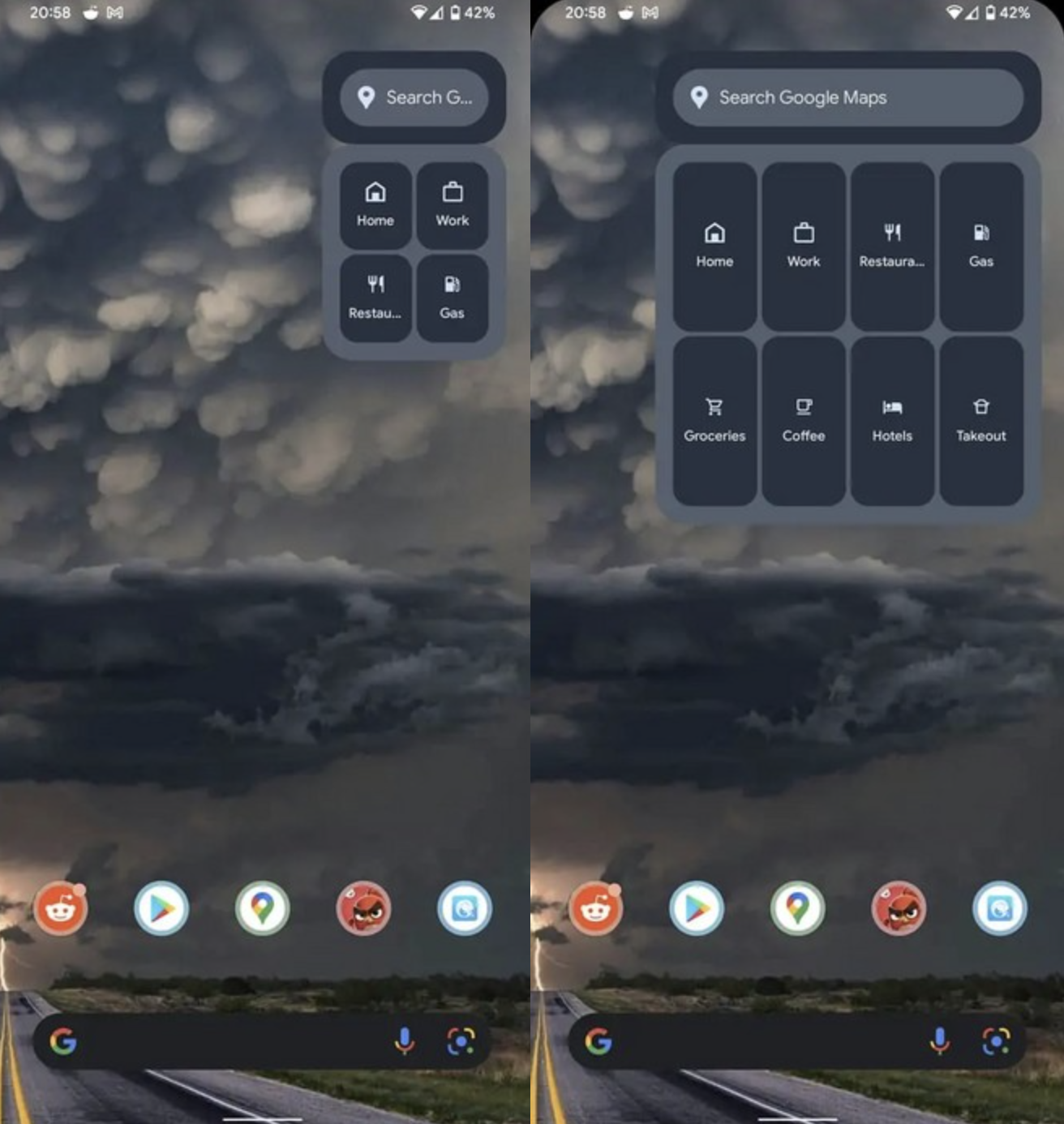 Screenshots reveal that this is a dynamic widget with the ability to adjust navigation shortcuts depending on size. Users, however, only have access to up to eight shortcuts at a time, even when the widget is fully expanded.

In addition, the new widget has built-in support for Android 12’s dynamic theme feature. This allows the widget to adjust its coloring based on the smartphone’s theme/wallpaper. Meanwhile, Android 11 users will see the widget in conventional blue tones.

What did you think of the new widget? Have you arrived there yet? Let us know in the comments!

Samsung and Motorola Dominate the Brazilian Market, But Xiaomi Threatens