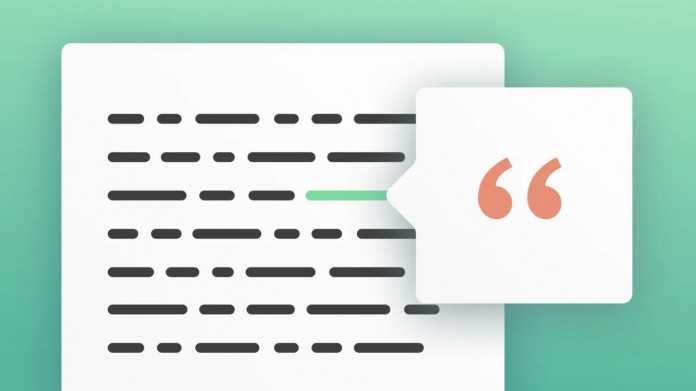 A new feature has been released in the Google Docs app that will automate adding citations and sources.

Google has updated the online word processing program Docs, an alternative to Microsoft Word. The company, which has developed a feature that will make adding citations a piece of cake, will now automatically fill in the attributes. In this way, you will both save time and be able to insert the quote/source into the desired writing format with zero errors.

There is no program that completely simplifies the process of adding citations and bibliography, which becomes an ordeal especially for university students when writing thesis. Actually, quoting is not as complicated as it seems, but if you can’t keep the desired formats and spelling rules, things get messy. At the end of the day, you are left with a sloppy homework or document.

You can cite as many citations as you want from Tools > Citations in the Google Docs app. Until now, you had to manually locate every citation source and related sections such as Author, Contributor, etc. that you would add to your document. This was a serious waste of time.

Google has updated the ‘Quotes’ feature in Docs, adding online search functionality. Now you will be able to search for a source you want directly from within the application and automatically fill in the attribute information and other features that need to be added to the citation. In addition, the format of the citation will be in accordance with the formats you have previously determined, such as APA, MLA.

Google announced the new feature with the following statements:

“Citations are an important aspect of many types of documents. This new search and auto-insert functionality makes adding citations faster and easier. By automating some of the citation process and ensuring correct formatting, we hope to save you time and reduce manual errors when managing citations.”

The update will be rolled out gradually.

Google will launch its new feature in two stages. It will first reach all Google Workspace users and G Suite Basic/Business customers in the next two weeks. Then it will come to personal Google accounts as well.