Home Tech Google Made Fun Of An Apple At An Event 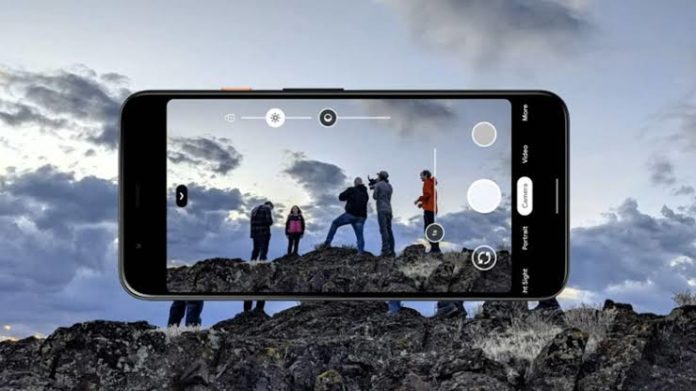 Apple’s marketing chief, Phill Schiller, mocked Google’s ‘computational photography’ when he took the stage for an event in the past months and said, “This is crazy science.” Today, introducing the new generation of Pixel devices, Google made a mockery of Apple, referring to Schiller’s words.

Organized annually by Samsung and Google and introducing their new devices, the activities of the Android platform is among the largest. At this point, Samsung typically develops the latest hardware, while Google takes a different attitude. This attitude has been realized today, Google, 2019 model Pixel devices introduced Apple at the bottom of the event almost took place.

Today, while introducing Pixel 4 devices, it is not hardware that makes Pixel devices’ cameras better, Sabrina Ellis of Google Pixel team said, The special thing that makes our Pixel camera unique is our computational photography kul. At this point, Google introduced the Pixel 3 devices last year with artificial intelligence-supported Night Sight feature, editing dark photographs and was quite successful.

Computational photography is crazy science, Apple Marketing Chief, Phill Schiller, who came out on the stage to discuss Apple’s Deep Fusion technology in recent months, and greeted the audience with laughter and applause.

Google Researcher and Stanford Professor Marc Levoy, who kept his revenge to this day, said: “This is not mad science; it’s just simple physics.. At this point we can qualify Marc Levoy because it can be regarded as a disrespect to describe the effort spent on features such as single-lens portrait mode, synthetic fill flash, NightSight and Super Resolution Zoom for years, even if it is a joke.

On the other hand, this kind of controversy between the companies that direct the sector such as Google and Apple increases the competition and plays an important role in bringing the existing technologies to the next level.

For developers, this kind of innovation may seem like a simple innovation, but when it comes to business users, it gains a whole new dimension and meaning. At this point, we look forward to what kind of innovations Apple and Google will show in their next promotion.